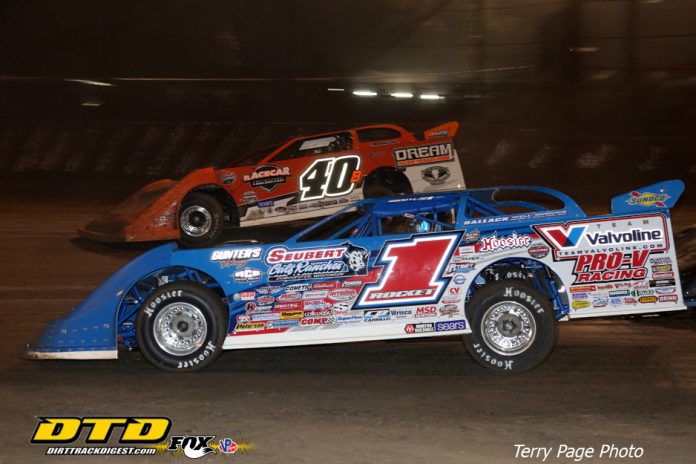 The Illini 100 is one of the most anticipated Late Model events of the year with its unique format consisting of an always thrilling 25-lap Craftsman Club Feature on Friday, capped by the 75-lap $15,000-to-win event on Saturday.

Sheppard, the defending World of Outlaws Craftsman Late Model Series champion, collected a total of 18 Series wins in 2017 including a flag-to-flag victory during the 75-lap Illini 100 on March 31. While the New Berlin, IL driver enjoys racing at tracks around the country, there’s no place like home.

“Farmer City Raceway is one of my favorite tracks by far,” Sheppard said. “I grew up racing there and cut my teeth there. I have a lot of family and friends that will get to come out and see me race that weekend and get to see exactly how nice of an operation (car owner) Mark Richards has. They used to get to see me race every weekend, but now we travel so much. It’s special to get to race near home, especially at a track that I have so many laps on.”


Sheppard holds two Illini 100 victories to his name, the first being on April 18, 2015. The then 22-year-old charged to the front from a 12th starting spot, passing Darrell Lanigan, Babb, Bobby Pierce and Clanton for the win.

“That first year I won the Illini 100 was pretty special,” Sheppard said. “We started off the weekend struggling and somehow we came from the back and won that race. That was pretty special because I was in my dad and grandpa’s car at the track I cut my teeth at.”

A lot has changed since Sheppard’s Illini 100 win in 2015. For the second season in a row, Sheppard pilots the Mark Richards Racing Rocket No. 1 in effort to defend his championship title and with hopes of topping the series’ single season wins record by collecting one more win than 2017.

“Getting our first Outlaws win this early in the season is pretty huge. It seems like the first one is always the hardest to get off your back,” said Sheppard. “Our confidence is up a little bit because we were getting better every night at Volusia [Speedway Park] and our finishes kept getting better and better. It’s definitely nice to get our first win out of the way, and it’s going to make for a little bit better of expectations when we go into Smoky Mountain and then on to Farmer City.”

The World of Outlaws Craftsman Late Model Series will invade Smoky Mountain Speedway for the Tennessee Tipoff on March 9-10 before heading north to Farmer City Raceway for the Illini 100 on March 23-24.Tickets for both events are available now online or by calling 844-DIRT-TIX.