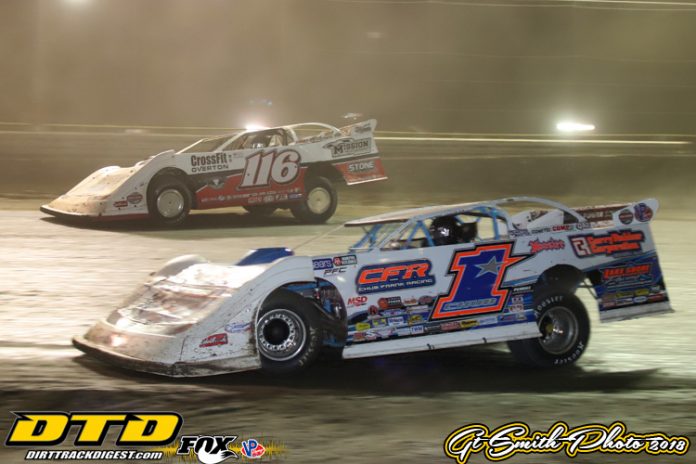 ERIDIAN, MS – A brand new event to the 2018 World of Outlaws Craftsman® Late Model Series schedule is fit for a queen. The Queen City Shootout at Whynot Motorsports Park in Meridian, MS will be a marquee event consisting of back-to-back 50-lap $10,000-to-win complete shows on Friday and Saturday, April 20-21.

Last year during the Series’ first-ever race at the House of Hook, Brandon Sheppard battled alongside Billy Moyer and a hard-charging Timothy Culp to claim his first win of the 2017 season. The eventual Series champion tallied 18 wins last season but describes the first win of any season as “the hardest to get.”

This go around, Sheppard returns to Whynot Motorsports Park on the defense; not only as the last Outlaws winner at the track but also as the defending Series champion. Culp returns to the stage too, but this time as a 2018 rookie-of-the-year contender with hopes of finishing one position ahead of last year.

“Last year, when we were at Whynot we had just got these Rocket [Chassis] cars and I didn’t really know what to expect,” said Culp. “We had raced in it the week before and had won. Then we go to Whynot and took off from sixth around the bottom and caught up to Brandon [Sheppard] in lapped traffic. I actually got by Brandon for a little while, and then he got back by me towards the end of the race. It was cool to run second at the time because I hadn’t run that good with the Outlaws before, so it was a big finish for me.”

“Tyler Erb and I went and ate somewhere after the race and I was like, ‘Man, it sucks I didn’t win tonight because it’s so hard to win with these guys’,” continued Culp. “Then we go to the next race and I did it – I won my first ever race with the Outlaws! So, it was a good weekend and things lined up just right. It doesn’t always happen that way, but you have to enjoy it when it does.”


Culp and his C Eight Motorsports Team will head to the Queen City Shootout in yet another new ride this season. He will be piloting a Lance Landers/ Jason Durham Longhorn Chassis. Despite the challenges of a new car, Culp feels like his knowledge of the track will be a huge aid. Throughout the year, Culp tries to make a trip to Whynot at least two or three times. This year, he has already made one stop at the quarter-mile track, wheeling the Terry Beckham-owned No. 5A open wheel modified.

“It’s always nice being able to race closer to the house,” said Culp. “You head in there with a little more confidence being somewhere you’re more familiar with and more people get to come out and see me race. I know my mom is planning on being there all weekend. She doesn’t get to see me race all that often so that’s really cool.”

The Queen City Shootout will begin with a night of practice on Thursday, April 19 before two nights of full World of Outlaws programs on Friday and Saturday, April 20-21. Tickets are on sale now. Visit our website and social media pages (Twitter, Facebook, and Instagram) for more information on the World of Outlaws Craftsman Late Model Series and our upcoming events. 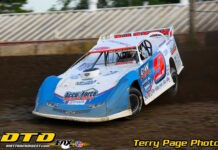 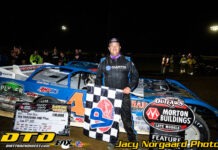 Hess Sweeps The Night At Stateline 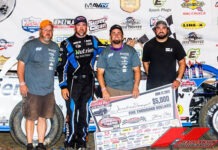 Davenport Holds Off Marlar For Night One Win At Magnolia