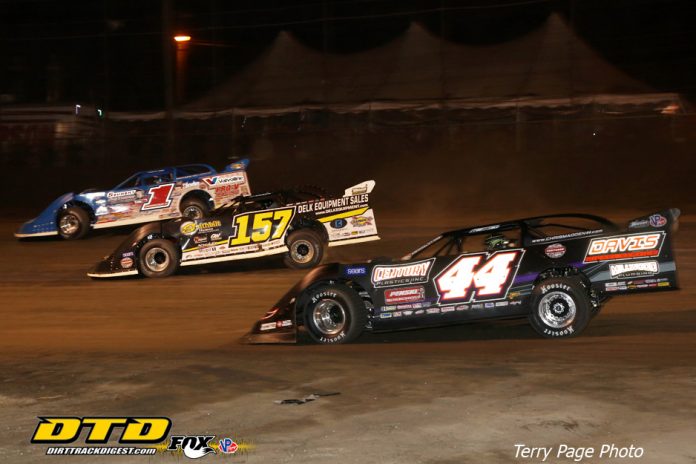 CONCORD, NC – Mother Nature got the best of the World of Outlaws Craftsman® Late Model Series in March, but with rescheduled events that means an even more eventful Spring! An impressive stretch of racing lies ahead of the Series with six non-stop weekends of racing visiting seven states. In six weeks’ time, the Outlaws, alongside local and regional drivers who are up for the challenge, will have a chance at claiming a piece of nearly $600,000 in total purse money.

It all kicks off with three huge weekends of double-header shows beginning with the 11th annual Illini 100 presented by Douglas Dodge at Farmer City Raceway on April 12-13-14. This staple event on the World of Outlaws schedule has become one of the most unique races of the season. With only 25 laps to get to the front, Friday’s thrilling $6,000-to-win Craftsman Club Feature leaves drivers no other choice but to floor it. The following evening the Outlaws will hit the iconic Illinois dirt track for the Illini finale, consisting of 75 laps paying $15,000 to win.

The Series will then head south to Whynot Motorsports Park in Meridian, MS on April 19-20-21 for the inaugural Queen City Shootout. This new event will feature back-to-back nights of complete 50-lap, $10,000-to win shootouts. Last season was the Series’ first-ever stop at the quarter-mile track known as the House of Hook. While many drivers are looking forward to returning, rookie of the year contender Timothy Culp is at the top of the list. Last year, Culp finished second in the feature behind the eventual 2017 Series Champion, Brandon Sheppard. Culp hopes to finish one spot ahead to propel his rookie campaign.

Closing out the month of April, the World of Outlaws Craftsman Late Model Series is excited to be a part of an already popular event in the South – the Tennessee Tipoff at Smoky Mountain Speedway on April 26-27-28. The season opener for the track is sure to get the town of Maryville, TN ready for a season of racing at the 4/10-mile track featuring two complete $10,000-to-win shootouts with the best Late Model drivers in the country. Tennessee-based Late Model driver Mike Marlar joins the World of Outlaws as a full-time driver for the 2018 season with his eyes set on the championship title. He hopes to snag an Outlaw win in his native Volunteer State for a second consecutive season.

The month of May will begin with a swing through the Southeast with three events at three tracks: Lavonia Speedway (GA) on May 3, Cherokee Speedway (SC) on May 4 and Senoia Raceway (GA) for the fourth annual Billy Clanton Classic on May 5. Three $10,000-to-win shows at separate tracks on different surfaces will display which teams will be able to adapt the quickest. Lavonia Speedway is a 3/8-mile semi-banked red clay oval; Cherokee Speedway is a 3/8-mile high-banked red clay oval; whereas Senoia has one of the most unique surfaces in the country with a 3/8-mile oval made of gray-gumbo clay.


Keeping things in the Southeast, the inaugural First in Flight 100 at Fayetteville Motor Speedway on May 11-12 is one of the top-paying shows of the season with the winner collecting $25,000 in the $2,000-to-start main event. Qualifying on Friday night leads to the 100-lap finale on Saturday. Additionally, on Saturday there will be a non-qualifiers race paying an extra $10,500. This event is in celebration of Fayetteville Motor Speedway’s 50th anniversary season.

The six-week stretch concludes at Atomic Speedway in Waverly, OH on May 18-19 for the Outlaw Showdown. This event features two complete 50-lap, $10,0000-to-win events on Friday and Saturday. Last year, Devin Moran scored his first-ever World of Outlaws win at Atomic Speedway. The eventual 2017 Rookie of the Year collected two wins during his rookie campaign and will surely be looking to dominate the 3/8-mile track and defend this Ohio dirt track from his fellow Outlaws.

The World of Outlaws Craftsman Late Model Series is ready to get back to action with guns blazing. For more information on upcoming events please visit woolms.com/schedule and follow us on Facebook and Twitter. Tickets are on sale now for the Illini 100 at Farmer City Raceway (April 13-14), the Queen City Shootout at Whynot Motorsports Park (April 20-21), the Tennessee Tipoff at Smoky Mountain Speedway (April 27-28) and the Billy Clanton Classic at Senoia Raceway (May 5). Tickets for the other events will be on sale at track on the day of the events. 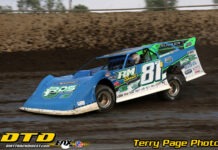