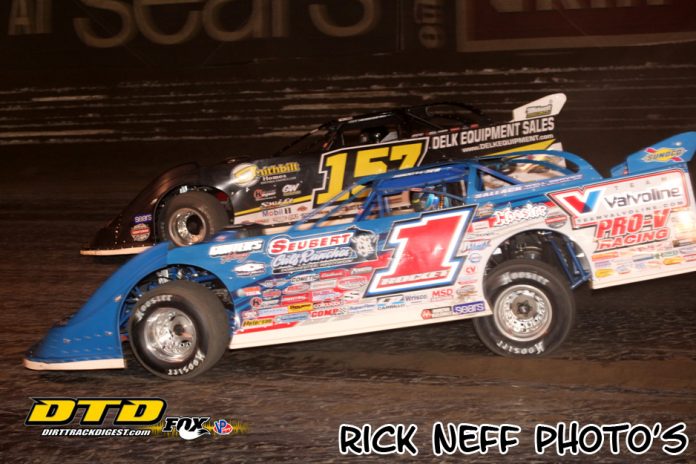 FARMER CITY, IL – The World of Outlaws Craftsman® Late Model Series hit the track for practice at Farmer City Raceway on Thursday night before the 11th annual Illini 100 kicks off on Friday and Saturday. Two-nights of complete shows are in store for the blockbuster weekend event on Friday, April 13 and Saturday, April 14. Friday’s show will consist of 25-laps with $6,000-to-win, whereas the finale on Saturday is 75-laps and $15,00-to-win.

A total of 12 full-time World of Outlaws drivers turned laps during practice in hopes getting an edge of their fellow competitors. Of the dozen Outlaw drivers, five Rookie of the Year contenders joined in on Thursday’s practice including Brent Larson, Rusty Schlenk, Timothy Culp, Tyler Millwood and David Breazeale.

Additional drivers are en route to Farmer City, IL to join in on the Illini 100 action on Friday and Saturday. For behind the scenes event coverage be sure to follow our Facebook and Twitter accounts. Click here for more information on the Illini 100.