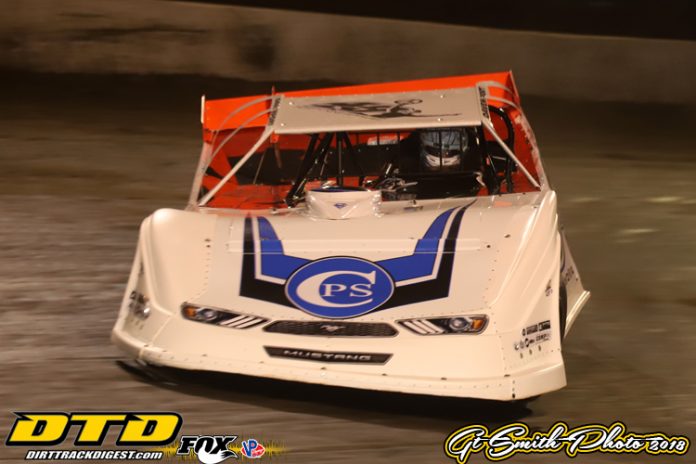 GREENWOOD, NE – Jonathan Davenport picked up his second-career, Imperial Tile Silver Dollar Nationals victory at I-80 Speedway on Saturday night.
Davenport passed Bobby Pierce for the lead on lap 77 after Pierce began to lose momentum due to mechanical problems under the hood. Pierce’s car ultimately stopped for good on lap 78. Davenport then sailed to the $53,000 victory at the Kosiski Family promoted facility. Ricky Weiss settled for second with Jimmy Owens surviving a three-wide battle on the final lap to finish in the third position. Hudson O’Neal and Earl Pearson Jr. rounded out the top five.
Davenport; who won the race in 2016; returned to the event after a year’s absence and picked up his eighth series win of the season after starting in 12th. “WOW, what a race car! Like I have said before, Jason Durham and Kevin Rumley have given me a great car. After we hot lapped I knew I had a good car. I was just biding my time for a while at the start of the race. I knew I had a shot to win it. We just rode and rode, waiting for the right moment which is probably the hardest thing to do in a race. To let all of those guys get that far out in front.”
“Ricky [Weiss] and Bobby [Pierce] did a heck of a job out there tonight. I didn’t want to go that fast early. I knew the top would be there. That is probably where the race was going to be won. I just wanted to have the best tire there at the end. I really hate it for him [Pierce]. I really do for him and the whole Dunn-Benson Team. Before I passed him, I had really started to pick the pace up.”
Weiss pocketed $20,000 for his second-place performance. “We were really good tonight. I started to roll through the middle and I thought heck I might be a little quicker. I have done this before and burnt the tires off and then the middle started to go away a little bit. When I got to Scott [Bloomquist] I was a little quicker than him, so I just rolled by him. I think the tow got knocked out of it a little bit. I saw Bobby [Pierce] starting to smoke and then Jimmy [Owens] went by me, so I thought we might have a shot to win. To finish second in the race against this type of competition is a big boost to our race team.”
Owens had a shot at second-place at the end of the 80-lap event but wound up in third. “We had a pretty decent car tonight. I just was riding around the back in the first part of the race. We just got up on the wheel and started running harder. We had a great car. We probably waited a little too long to get to the front,” said the driver of the Ramirez Motorsports, Rocket.
The winner’s Lance Landers Motorsports, Longhorn Chassis is powered by a Cornett Racing Engine and is sponsored by: Crop Production Service, Spartan Mowers, Valvoline, ASC Warranty, Penske Racing Shocks, Mega Plumbing of the Carolinas, Midwest Sheet Metal, Sunoco Race Fuels and Hawkeye Trucks.
Completing the top ten were Scott Bloomquist, Don O’Neal, Tim McCreadie, Gregg Satterlee, and Chris Simpson.
Lucas Oil Late Model Dirt Series
Race Summary
Saturday, July 21, 2018
Imperial Tile Silver Dollar Nationals
I-80 Speedway – Greenwood, Nebr. 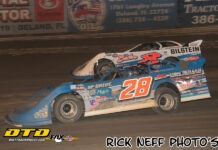 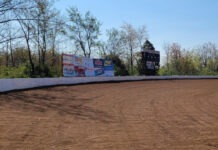