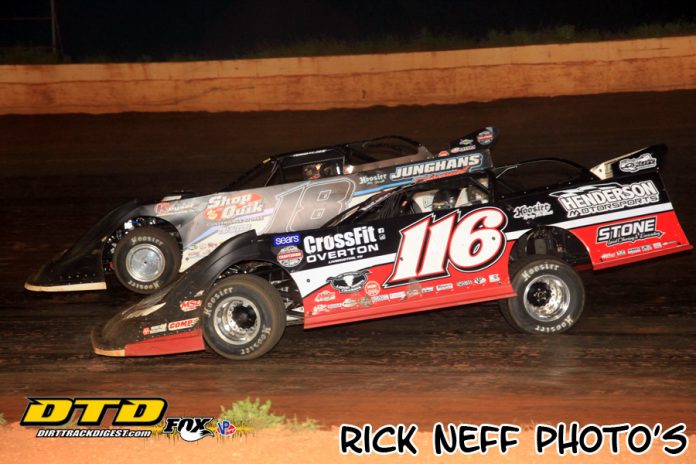 Three caution flags slowed the 53-lapper. The first caution flew on the opening lap as Brian Connor, Casey Roberts and Aaron Ridley all got together in turn two but with no laps complete by series rules, all cars were re-aligned for the restart. The race would remain green until lap 50 when Casey Roberts would slow with just three circuits to go. On the restart, Shanon Buckingham would slow going down the backstretch and bring out the caution flag. Buckingham would have a flat right-rear tire and was running third before the caution came out. Overton would hold off Bailes for the race win and $5,300. Third place finisher would be Dale McDowell for the third straight night while Aaron Ridley finished fourth and John Henderson would round out the top-five. 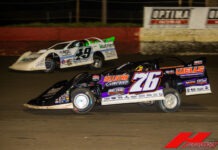