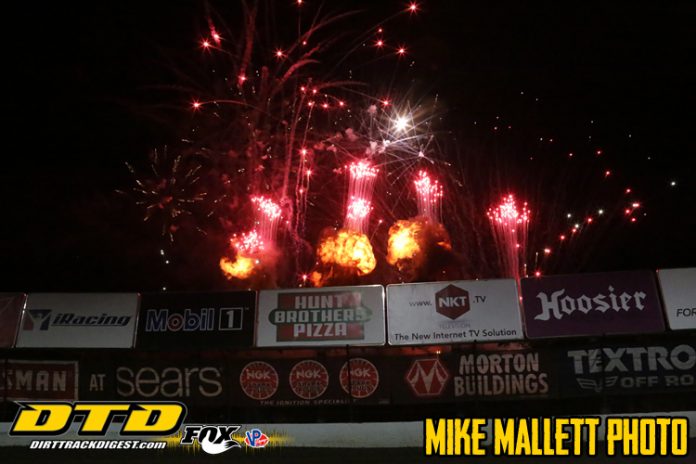 ROSSBURG, OH – When the remnants of Tropical Storm Gordon forced the 48th annual World 100 to be re-scheduled to Friday and Saturday, October 12th and 13th, a weekend which already featured the World of Outlaws CRAFTSMAN Sprint Car Series as Eldora Speedway’s 65th season finale on Sunday, October 14th, one of the many challenges was that all reserved camping for the World 100 was already sold out.

To make room for all of the returning World 100 fans using their rainchecks, new fans who can now attend the re-scheduled World 100 on Friday and Saturday and the World of Outlaws Sprint Car fans planning to attend the #LastCallForMethanol on Sunday, Eldora officials have announced the addition of 227 reserved campsites.

“Our team got to work right away on a plan to make more room for everyone in October,” said general manager Roger Slack. “We’re building new entrances to Lots 4 and 5, new driveways, moving fences and improving drainage. There is fresh gravel going down again in all of Eldora’s campgrounds and we are almost ready for next weekend’s 4-Crown Nationals.”

The additional campsites, located in Lot 5, will be available for $50 on Friday beginning at 10 a.m. Eastern at www.EldoraSpeedway.com, by calling (937) 338-3815 or at the Eldora box office.

The winners of the $10,000-to-win Twin 25-lap Feature races completed on the first preliminary night of the World 100 were both former World 100 champions. Scott Bloomquist of Mooresburg, Tennessee, who out-dueled fellow legend Billy Moyer of Batesville, Arkansas in the first feature while Jimmy Owens of Newport, Tennessee bested popular Brian Birkhofer of Iowa.


Zack Dohm, of Charleston, West Virginia, leads the point standings after the first night over veteran Dale McDowell from Chickamauga, Georgia. There were 106 entries with 101 cars on property. Brandon Sheppard of Berlin, Illinois was the fastest of the 99 drivers who recorded a time, touring the high-banked clay oval at a speed of 120.192 mph.

All event information for the re-scheduled World 100, including a list of Frequently Asked Questions, is available by visiting the World 100 page on www.EldoraSpeedway.com.

About Eldora Speedway:
Since carved from a cornfield in the natural amphitheater that existed between the Eldora Ballroom and the Wabash River by bandleader Earl Baltes in 1954, Eldora Speedway has grown to be a frontrunner in motorsports growth and stability. Baltes chose to sell the legendary high-banked clay oval to motorsports entrepreneur and NASCAR, IndyCar and USAC champion Tony Stewart in 2004. Eldora is celebrating its 65th consecutive season of racing in 2018 featuring the biggest events in short-track racing, including: the $100,000-to-win Dirt Late Model Dream Weekend; the $50,000-to-win Kings Royal Weekend; the Camping World Truck Series’ Eldora Dirt Derby – NASCAR’s only National Series event on dirt; the 48th Annual World 100 Weekend re-scheduled for October 12th and 13th; and the historic 4-Crown Nationals on September 21st and 22nd. The complete schedule for Eldora’s 2018 season, including ticket and campsite information, is available at www.EldoraSpeedway.com. Fans can get behind-the-scenes access by following @EldoraSpeedway on social media channels Twitter, Facebook, Instagram and Snapchat. Exclusive video content posted on www.youtube.com/EldoraSpeedway has been viewed over 4.2-million times. 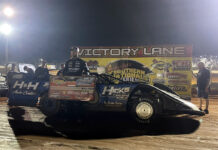