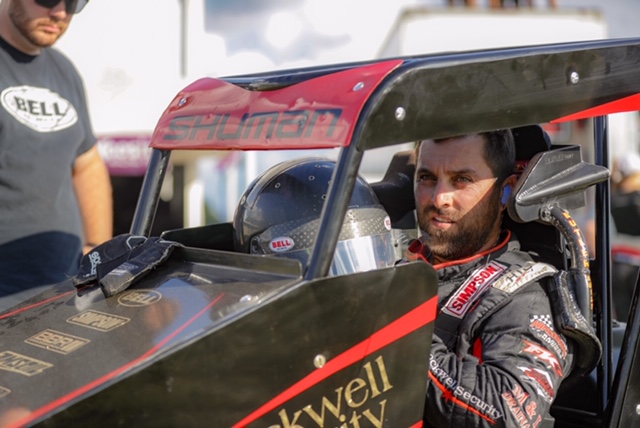 CONCORD, NC – As the 2019 season is set to kick off in just one month, the World of Outlaws Late Model Series is excited to welcome racer, owner and promoter Casey Shuman as Series Director.

Born and raised in Rattlesnake Bend, Arizona and now residing in Indianapolis, Indiana, Shuman raced non-winged sprints and midgets for more than 20 years before stepping into the role of owner and promoter of the Wingless Auto Racing (WAR) Series in 2016. Staying true to his competitor roots, Shuman has successfully revitalized the POWRi WAR Series into one of the fastest growing series in the Midwest and now steps into a leading role with the premier dirt Late Model series.

Having grown up at the racetrack beside his father, Hall of Fame sprint car driver Ron Shuman, Mighty Casey has seen every facet of the racing industry. Throughout his career he has earned the respect of the drivers and the industry at large, positioning him to lead the World of Outlaws Late Model Series into another stellar season.

“Casey has all the skills necessary to successfully run the World of Outlaws Late Model Series,” said World of Outlaws President Tom Deery. “He grew up in a racing family and understands the rigors of a traveling series from the ownership and promotion sides as well as competition and technical viewpoints. He’ll be a great leader for our team.”


Shuman, who will remain involved with his WAR Sprint Car Series in an advisory capacity, takes over the reins from Matt Curl, who has become owner of Fairbury American Legion Speedway, home of the World of Outlaws Late Model Series Prairie Dirt Classic.

Shuman is confident that he can build off of Curl’s vision with his new team to ensure continued success. “Matt (Curl) put together a fresh and exciting schedule, and I’m honored to step in and carry that through with a great team beside me, some incredible drivers at the wheel, and great fans and partners all around. I want everyone to have fun and prosper. That’s the most important thing,” he said.

The 2019 World of Outlaws Late Model Series season kicks off on February 8 at Screven Motorsports Complex in Sylvania, GA, before invading Florida and the DIRTcar Nationals at Volusia Speedway Park on February 13. Visit worldofoutlaws.com for more information about the tour.