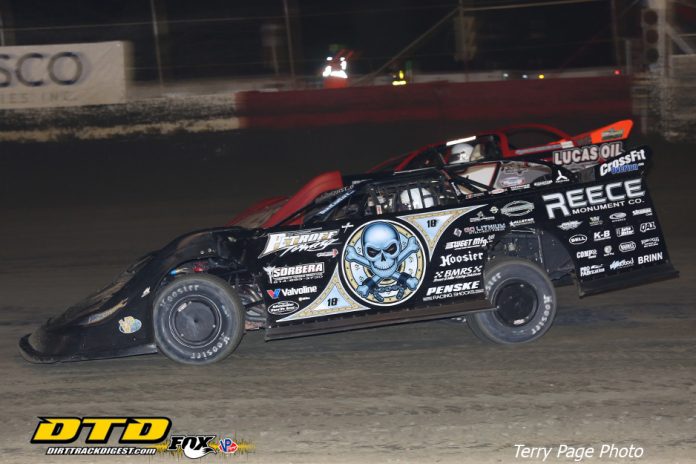 TAMPA, FL – It was announced during Thursday’s drivers meeting at East Bay Raceway Park that Scott Bloomquist will face penalties and fines for infractions during Tuesday night’s Winternationals event.

Bloomquist left the facility on Tuesday night after an incident in his heat race. He did not compete in the B-Main but accepted a series provisional to start the A-Main. Unbeknownst to series officials, Bloomquist was not piloting the #0 during the five-laps the car completed during the A-Main before retiring from the event.

Bloomquist will face the following penalties and fines: disqualification from Tuesday’s event; loss of TV Race Challenge points earned; earnings from Tuesday’s event of $500 will be forfeited and paid to the next eligible provisional (based on Fast Time), Mike Benedum; a $1,000 fine; suspension from Thursday night’s program; and will face an indefinite probationary period.