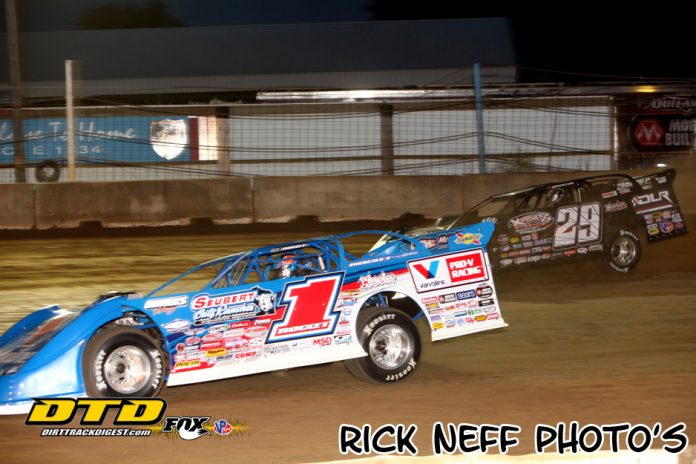 PLYMOUTH, WI – For the first time, the World of Outlaws Morton Buildings Late Model Series and the DiscountShopTowels.com Dirt Kings Late Model Tour are working together to give Wisconsin fans at events on Monday, July 29, at Plymouth Dirt Track and Tuesday, July 30, at Shawano Speedway two huge nights of action.

The nationally touring superstars from the World of Outlaws will take on the battle-tested Wisconsin heroes of the Dirt Kings series for Badger State supremacy. Brandon Sheppard, the hottest Dirt Late Model driver in the country right now, has four wins on Wisconsin tracks in the past two years, but the Dirt Kings knowledge and laps at Plymouth and Shawano could prove challenging.

“I’m excited to have the Dirt Kings join us at Plymouth and Shawano,” World of Outlaws Morton Buildings Late Model Series Director Casey Shuman said. “The competition will be at an all-time high, and the real winners will be the fans who come out and support their favorite drivers.”

The Dirt Kings Late Model Tour brings high-energy entertainment that captivates fans as drivers compete for the title of King. This season the tour will sanction 13 events at nine different tracks across Wisconsin.

Go to WorldofOutlaws.com for more information about these events, or visit DirtKingsTour.com to learn more about the Dirt Kings Tour.