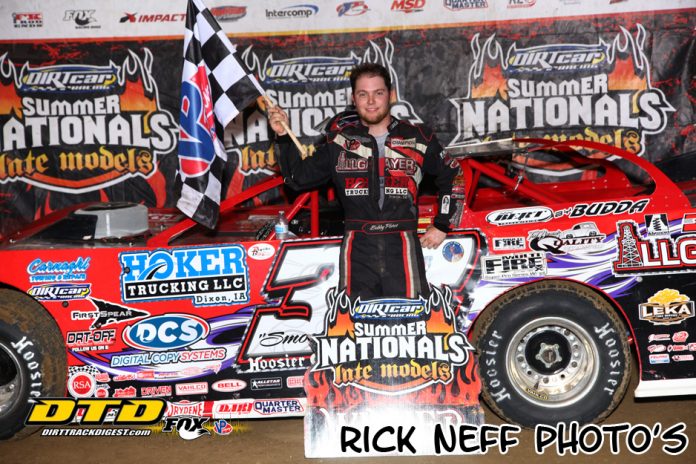 BROWNSTOWN, IL — Three-time DIRTcar Summer Nationals champion Bobby Pierce is starting to find his groove, and that could spell trouble for the rest of the field. On Saturday night at Fayette County Speedway, Pierce converted his outside front-row starting spot into a $7,500 payday at the makeup event from an earlier rainout.

“We are here just to win races,” said Pierce, a native of Oakwood, IL, who was only 12 points behind defending champion Brian Shirley entering the night. It marked Pierce’s first victory of this year’s Summer Nationals tour.

Tanner English, of Benton, KY, qualified quickest in his group and won his heat race sending him to the redraw. English drew the pole position for the 50-lap feature with Pierce to his outside. English and Pierce raced side-by-side for the lead in the early going until Pierce pulled away.

Pierce caught the tail of the field, which allowed English to close the gap before Mike Marlar challenged English for second. English eventually faced carburetor issues, which cut short his night and handed over second to Marlar.

On a restart with 18 laps to go, Marlar tried to get Pierce by running the bottom, but Pierce was able to pull out to a straightaway advantage to earn his first victory on the 2019 DIRTcar Summer Nationals tour. 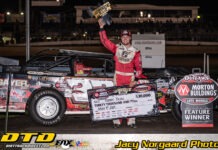 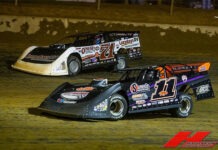 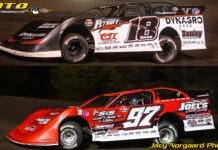