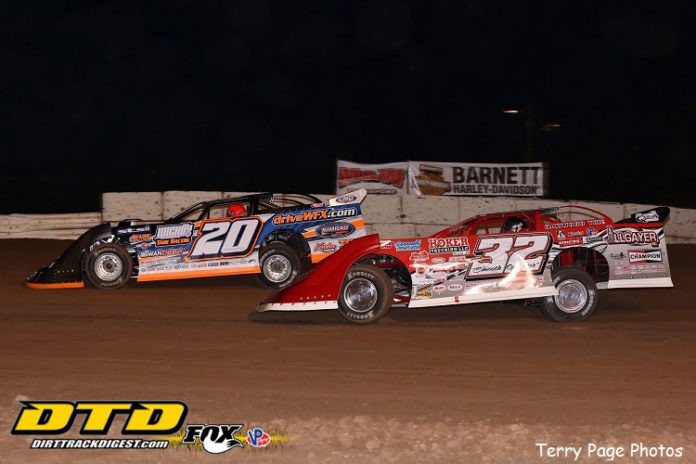 When Super Late Model teams assemble at the third-mile oval outside Phoenix for six nights of racing Jan. 11-19, 2020, a checkered-flag sweep of the miniseries by one driver will for the fifth consecutive year be worth a blockbuster $250,000 bonus. In addition, winning five of six features will earn a racer an extra $100,000; capturing four A-mains offers a $25,000 prize; and topping three headliners will provide a $10,000 check.

Earlier this year, Bobby Pierce of Oakwood, Ill., became the first driver to claim a Keyser-sponsored bonus, leaving the Southwest with an extra $10,000 after capturing three of the six events. He clinched the 10-grand bonus by winning the first three features of the miniseries but was shut out of victory lane over the final trio of A-mains, dashing his bid for an even more lucrative prize.

“We were very happy that Bobby (Pierce) was able to claim the $10,000 bonus last year in our second year offering the expanded bonus format,” said Scott Keyser, who operates Keyser Manufacturing in Coopersville, Mich. “We hope that someone gets even more bonus dollars in 2020 as we continue with the same program.

“The Keyser Manufacturing Wild West Shootout is an awesome event and our goal is to make it more worthwhile for all the time and expense that the participating teams put into traveling out west every January.

For more information on Keyser Manufacturing and all their top-notch products, please visit www.KeyserManufacturing.com.

With the Wild West Shootout offering five features paying $5,000 to win and a $15,000-to-win finale, a driver able to pull off the feat of sweeping the miniseries would depart Arizona with $290,000 in earnings including the Keyser Quarter-Million Challenge bonus.