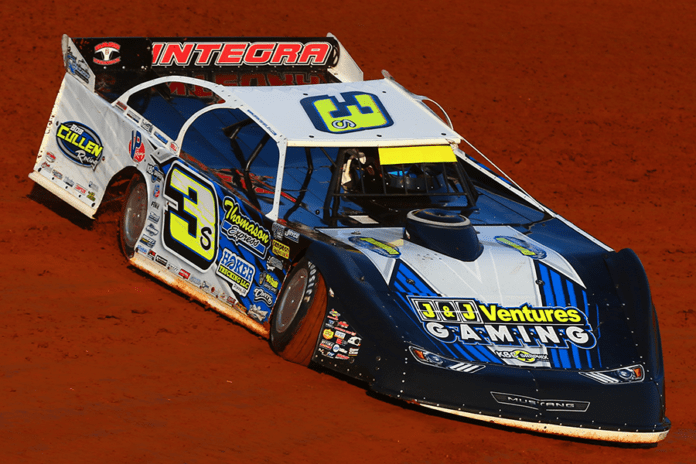 CONCORD, NC – The earliest kickoff to the national points season in history, a shutdown period from pandemic restrictions, five first-time national champions… the 2020 DIRTcar Racing season had a little bit of everything.

From the sustained dominant ways of numerous Illinois-born Late Model heroes to one of the tightest points battles in the Stock Car division’s history, this season brought the same high-caliber competition in the national and regional points standings that DIRTcar fans have come to expect to a year that so desperately needed some excitement.

With nine wins in 47 races, Brian Shirley is the 2020 DIRTcar Late Model national points champion by 176 points over Frank Heckenast Jr. – the largest gap of his three national titles.


Of his nine total victories in DIRTcar competition, seven were claimed en route to his fourth career Summer Nationals Late Model championship, memorably highlighted by his back-and-forth victory battle with longtime competitor Brandon Sheppard during Arizona Sport Shirts Week #4. The two traded Feature wins throughout the week at some of their home state of Illinois’ most prestigious tracks like Fairbury Speedway, Macon Speedway and Fayette County Speedway.

Shirley was also victorious in a weekend sweep of MARS DIRTcar Late Model action at Peoria Speedway back on Aug. 28-29, giving him three wins at the track this season.

“It’s a pretty big accomplishment,” Shirley said. “We feel pretty good that our team has been as good as it’s been over the last couple of years. We’re just trying to get better and better every day.

“It’s just more dedication, how much heart you put into it, what you’re willing to sacrifice and what you’re willing to go through to come out on top. I feel like we’ve definitely dedicated ourselves to the sport, and it’s a good achievement for me and Aaron [Mitchell] and my guys back home that work as hard as we do.”

After putting on one of the most dominant seasons in DIRTcar UMP Modified history a year ago, Nick Hoffman backed it up with another incredible season of victories in 2020 to become a two-time national champion.

Hoffman was also crowned DIRTcar Summit Racing Equipment Modified Nationals champion in September for the third time in his career. Of the 24 completed races on the Summit Modified schedule, Hoffman was victorious in 12 of them – one short of the record he set last year.

Outside of winning five-straight Summit Modified races during the summer, Hoffman’s year was also highlighted by a weekend sweep of Summit American Modified Series action on Sept. 4-5 at Farmer City Raceway ($2,500) and Fairbury Speedway ($10,000), followed by another $10,000 victory the very next night in Spoon River Speedway’s Plowboy Nationals.

“It set out to be the best I can at whatever I do,” Hoffman said. “In the Modified ranks, I’ve been very successful and been able to win almost everything I’ve wanted to go after.

“There’s still a lot more I want to be able to do in my racing career. I’d like to run a lot of Late Model races and be successful in Late Models too. We’re working on that, and I’ve had a lot of great opportunities with some great teams to run some Late Model races, I just need to get out and race some more.”

Perhaps his most impressive weekend of the season came in back-to-back nights at Farmer City and Shadyhill on Aug. 21-22, winning both Features as part of a five-win month.

With 31 nights recorded, the most of any driver in the division, Mettille finished the season 82 points ahead of runner-up Jake Little. Kyle Cooper, Brandon Eskew and Aaron Heck rounded out the top-five in overall standings.

It came down to the final weekend of the year to decide it, but Pocahontas, IL-driver Billy Knebel Jr. was able to hang onto his slim points lead to capture the first DIRTcar national championship of his career.

Just one week after being crowned Macon Speedway Pro Modified track champion, Knebel took a 17-point lead into the DIRTcar Fall Nationals at Lincoln Speedway and successfully defended it with a fifth-place finish on Friday night, sealing the championship by 13 points over Deece Schwartz.

Statistically speaking, Knebel and Schwartz tied for wins in the division with 11. Despite Knebel recording two less starts than Schwartz, bonus points for higher car counts at certain races was the deciding factor in Knebel’s first title.

Overall, Knebel recorded an impressive eight Feature wins at Macon, complimenting his two checkered flags at Kankakee County Speedway and one at Farmer City Raceway. Ryan Hamilton, Anthony Tucker and Kyle Helmick rounded out the top-five in the points standings.

Five Feature wins for Shidler was enough to earn him the most of any driver in the division – one greater than Litton. Both drivers recorded 25 nights of DIRTcar competition, but the extra win and a few more top-five finishes sealed the deal for the Crawfordsville, IN-native.

While Litton walked away with the Lincoln Park Speedway track title, back-to-back wins in back-to-back weeks at the Greencastle, IN-facility highlighted Shidler’s DIRTcar championship run. One trip to Paragon Speedway Victory Lane on June 26 rounded out his win column.

The fourth first-time champion graces the top of the Stock Car national points standings, and his name is Lance Evans.

Winning one of the closest points battles in DIRTcar history, Evans edged-out Terry Reed Jr. by just a single point in the final race of the year at Charleston Speedway’s Street Stock Fall Nationals.

Coming into the DIRTcar Fall Nationals at Lincoln Speedway, Evans trailed Reed by four points on the back of nine wins and 21 top-five finishes. While Friday night’s race at Lincoln did not change the margin, Evans finished fourth at Charleston on Saturday night while Reed was left to face reality after a 16th-place result, pulling Evans ahead in the standings by one point.

Evans ended up tied for the third-most points night appearances of all drivers in the division at 29, while Reed topped the list at 36 starts, collecting eight Feature wins. Evans certainly showed off his versatility this season, collecting Feature wins at several different tracks including Fairbury, Jacksonville, Macon, Lincoln and LaSalle, highlighted by back-to-back trips to Victory Lane at Fairbury and Jacksonville on Aug. 22-23.

This is the second DIRTcar Factory Stock title of Isaak’s career; he joins Jesse Simmons as the only other driver since 2007 to win the national title more than once.

Isaak was downright dominant in DIRTcar action this season, scoring five wins at Fayette County, six wins at Tri-City Speedway and three at Highland Speedway, with all points-contributing finishes of no worse than fourth.

After 21 nights of competition, Isaak finished 98 points ahead of runner-up Terry McCann, who totaled the next-highest number of Feature wins at seven. No other driver inside the top-10 in national points had more than three Feature wins.

Strauch bested Dave Lauritson, who has now finished runner-up in national points three years in-a-row, by 25 points, on the back of nine Feature wins in 32 DIRTcar-sanctioned appearances.

Cleaning up at Peoria Speedway with four Feature wins, Strauch also parked it in Lincoln, Tri-City, Spoon River and I-55 Raceway Victory Lane this season. Although Lauritson had one more victory, Strauch pulled it off in the end with a few more slightly valuable top-five finishes.

Two big weekends highlighted Strauch’s season this summer, making back-to-back trips to Victory Lane at Tri-City and I-55 on Sept. 11-12, and again at Lincoln and Spoon River on June 19-20. 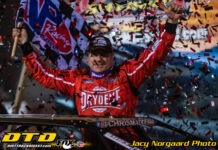