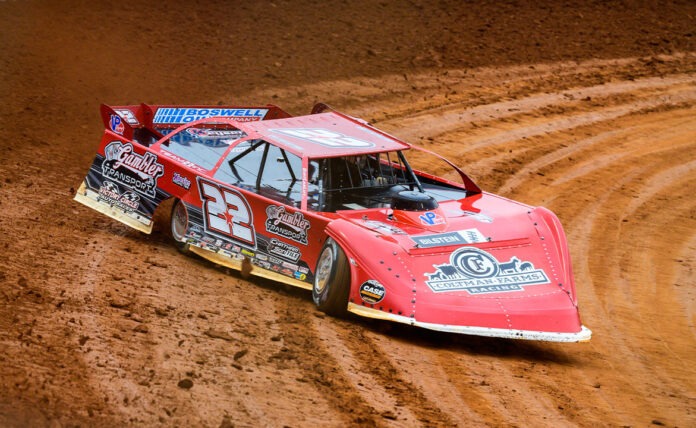 CONCORD, NC – After a learning curve with the DIRTcar Summer Nationals, Payton Freeman is taking a step forward in 2023.

The Commerce, GA driver will join the World of Outlaws CASE Construction Equipment Late Model Series next season with one goal—winning Rookie of the Year honors.

Despite his aspirations, he said he knows to expect ups and downs throughout the 11-month season.

“I guess the obvious goal would be to win the Rookie of the Year deal,” Freeman said. “If we can do that, the regular points will shake out where they do. With the Rookie deal there’s going to be ups and downs for sure. So, we just have to try to make the downs the best they can be and capitalize on the opportunities for the ups.”

Freeman will begin his World of Outlaws CASE Late Models career in the G.R. Smith-owned #22 car, one he’s already familiar with.

In that ride, he competed at the World of Outlaws World Finals at The Dirt Track at Charlotte and scored a $22,000 win in the Southern Showcase at Deep South Speedway last month.

Between those races and his second-place finish with the DIRTcar Summer Nationals in 2022, Freeman said he’s excited for what’s to come.

“I’m super excited,” Freeman said. Hopefully, I’ll be able to take the experience that I gained out west with the DIRTcar Summer Nationals this year and apply that along with GR’s (Smith’s) experience and the team’s experience. Hopefully, we’ll be able to get a strong start at Speedweeks and see where it goes from there.”

Freeman’s chase for World of Outlaws CASE Late Models Rookie of the Year begins at Sunshine Nationals at Volusia Speedway Park on Jan. 19-21.