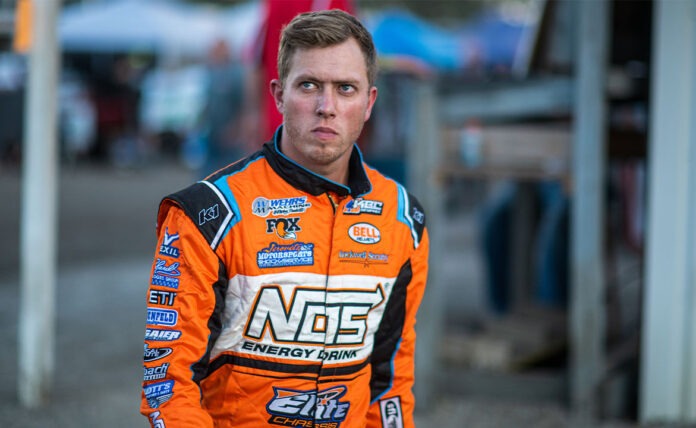 CONCORD, NC –Nick Hoffman has done it all behind the wheel of a DIRTcar Modified. However, in 2023, a new challenge awaits the Mooresville, NC driver.

Hoffman will join the World of Outlaws CASE Construction Equipment Late Model Series next season, aiming for Rookie of the Year honors behind the wheel of the Tye Twarog-owned Late Model—a ride recently vacated by Devin Moran.

The five-time DIRTcar Summit Racing Equipment Modified Nationals champion said he’s enthusiastic about taking the next step after his accomplishments in a Modified.

“I’ve gotten to the point in my modified career that I’ve won everything I’ve wanted to win,” Hoffman said. “This is the next step for me to further my racing career.

“I feel like it’s a long time coming. I’ve had a lot of great opportunities in the past. But never anything like this to go full-time tour racing. Being able to run 60 races will for sure further my Late Model career as far as you only get better with as many nights as you run. So, there’s no better way than to sign on to the tour.”

One of the perks of this new partnership is the car will be in Hoffman’s North Carolina shop, allowing him to have a hands-on approach.

“I’m just grateful for the opportunity, and I’m excited to work with (Twarog),” Hoffman said. “It’s also the first opportunity that I’ve had to bring the car to North Carolina. For me, I feel like it’s a huge benefit to be able to work on it myself because I’m hands-on, obviously, with all of my cars. It’s just a really good opportunity.”

While Hoffman is excited about his new challenge in a Late Model, he’s not done racing a Modified. He still plans on driving his Elite Chassis sporadically, including at DIRTcar Nationals in February, Feb. 6-18.

“I’m a hundred percent focused on the Late Model ride,” Hoffman said. “I plan on doing maybe 20 races at most with the Modified. The Late Model schedule is kind of open that week of Volusia, so I plan on being there with my Modified.

“From there on out, just run the Late Model, and if there’s a weekend we’re off, and we can pop in and run a decent paying ‘Mod’ race, I’ll obviously do that. We’ll see as the time goes on.”

However, he realizes his challenges when the season starts in January.

“That place races quite a bit different for the Modified versus the Late Model,” Hoffman said. “I’ve been able to race a couple of Late Model races there, so we’ll see. It does make it easier as far as a place that you’re familiar with. Laps on any racetrack is something I feel that will help, and I got a million laps there in my Modified.

“I’m super pumped up to get started there. We’ll for sure test before we go to Volusia. I’ve never drove a Longhorn car. So, just trying to get acclimated with that and working with the guys from Bilstein (Shocks), Longhorn, and everything. They’re just new faces to work with. We’ll try and get everything worked out a little bit before we just take off on our first race.”

Hoffman’s first run with the World of Outlaws CASE Late Models begins on Jan. 19-21 at Volusia Speedway Park when the Series opens its season at Sunshine Nationals. 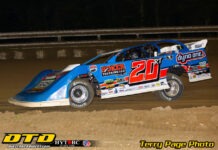