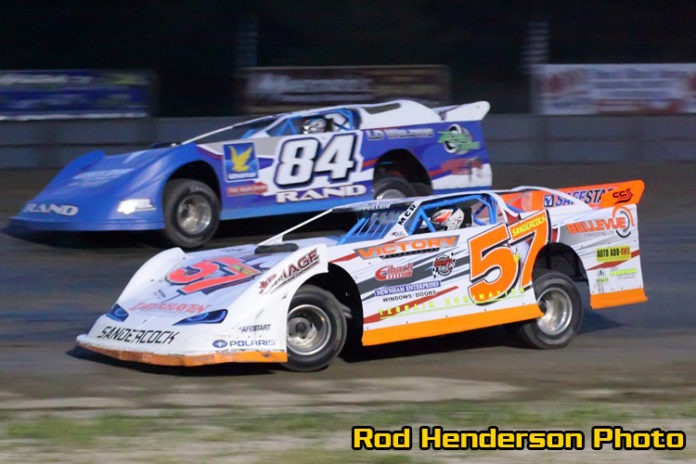 BRIGHTON, ONT – As Brighton Speedway staff and management gear up for the 50th Anniversary season they are excited to welcome Pinty’s Delicious foods as a corporate partner for the 2017 campaign. As part of the partnership Pinty’s Delicious Foods will be a part of two events on the 2017 schedule. The first event will see Pinty’s as a title sponsor of the Victoria Day Long Weekend on Saturday May 20th. The event marks the season opener for the Southern Ontario Sprints along with a complete race program and is always a fan favourite as the winged warriors hit the track for the first time of the season. The second event will take place on August 19th for Pinty’s Pub Night at the speedway. The night features a full race program along with the #77 Weese Racing Anti Bullying night at the races. Pinty’s Delicious Foods will be served in Turn 4 bar from 5pm to 7pm for fans to enjoy some great Pub Fare before the races!

“It is great to have Pinty’s Delicious Foods on board as a partner and sponsor of the Brighton Speedway. Pinty’s has been a great sponsor of so many sports in Canada and motorsports in general we are excited to be part of the team!” says Brighton Speedway Promoter Mark Rinaldi.

“Motorsports fans are some of the most loyal and dedicated fans around and Brighton Speedway gives us the opportunity to market to these fans at a grass roots level, we are excited about that. Brighton Speedway has a great reputation and we look forward to working together with them!” says Anthony Spiteri, Vice President – Marketing/Research and Development for Pinty’s Delicious Foods.

Brighton Speedway fans will get a taste of Pinty’s Delicious foods first hand as they will be available at the tracks concession stands all season long beginning with opening night on April 29th when the 50th Anniversary season kicks off!