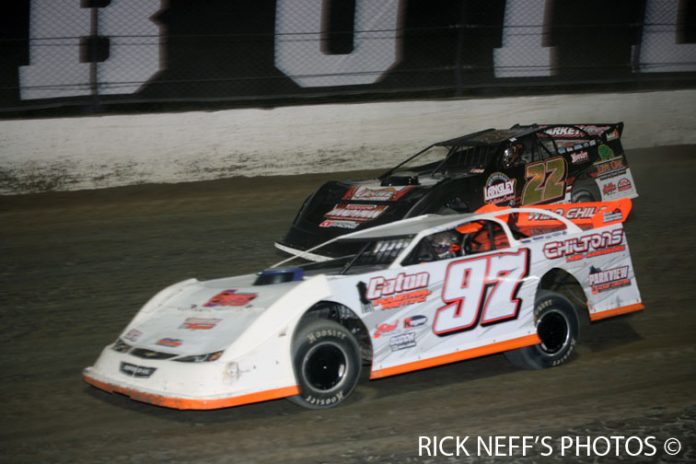 ROSSBURG, OH – The Official Entry Form for the 48th Annual World 100 has been released, officially kicking off Dirt Late Model racing’s annual quest to capture the most-coveted prize in the sport – the famed globe trophy – on Saturday, September 8 at Eldora Speedway.

In addition to continuing the late Earl Baltes’ promise of adding $1,000 every year to the winner’s prize – it will be $51,000 in 2018, additional incentives and increases bump the posted awards to a record $436,800 for the three-day weekend scheduled for Thursday-Friday-Saturday, September 6-7-8.

Jonathan Davenport, a native of Blairsville, Georgia, is the defending champion and a two-time winner of the World 100. In June’s Dirt Late Model Dream, Davenport had a spirited side-by-side battle with rival Scott Bloomquist, of Mooresburg, Tennessee, before suspension woes allowed Bloomquist to cruise to his eighth win in the $100,000-to-win event.

Tickets to all three nights, including reserved seating, are available now at www.EldoraSpeedway.com and by calling the Eldora Speedway box office at (937) 338-3815. Children aged 12 & younger are admitted free to all general admission spectator areas.

About Eldora Speedway:
Since carved from a cornfield in the natural amphitheater that existed between the Eldora Ballroom and the Wabash River by bandleader Earl Baltes in 1954, Eldora Speedway has grown to be a frontrunner in motorsports growth and stability. Baltes chose to sell the legendary high-banked clay oval to motorsports entrepreneur and NASCAR, IndyCar and USAC champion Tony Stewart in 2004. Eldora celebrates its 65th consecutive season of racing in 2018 featuring the biggest events in short-track racing, including: the $100,000-to-win Dirt Late Model Dream Weekend in June; the $50,000-to-win Kings Royal Weekend in July; the Camping World Truck Series’ Eldora Dirt Derby – NASCAR’s only race on dirt in August; the 48th Annual World 100 Weekend on September 6th-7th-8th; and the historic 4-Crown Nationals on September 21st and 22nd. The complete schedule for Eldora’s 2018 season, including ticket and campsite information, is available at www.EldoraSpeedway.com. Fans can get behind-the-scenes access by following @EldoraSpeedway on social media channels Twitter, Facebook, Instagram and Snapchat. Exclusive video content posted on www.youtube.com/EldoraSpeedway has been viewed over 4.2-million times. 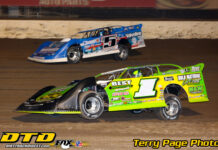 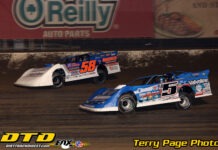