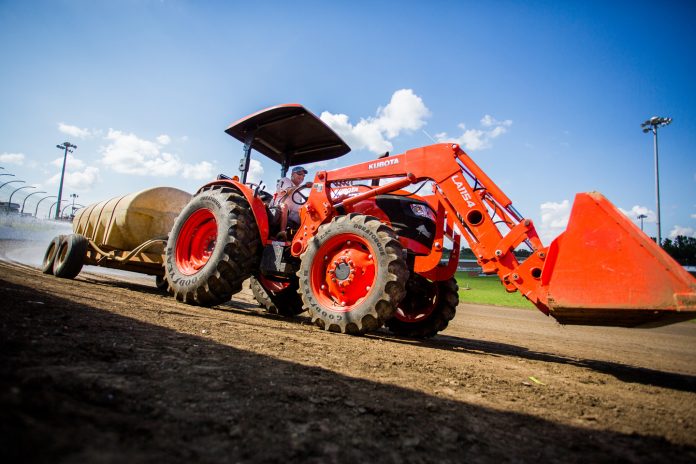 Johnny Stokes, a former Dirt Late Model driving standout from Columbus, Miss., who has been preparing dirt-track surfaces for two decades, has agreed to oversee the track prep throughout the six-event Wild West Shootout that stretches from Jan. 11-19, 2020, event manager Ben Shelton announced.

“He asked me if I’d be interested in coming out,” Stokes said of Shelton, who hails from Memphis, Tenn., and is very familiar with Stokes’s racetrack preparation and promotion of Columbus, Miss.’s Columbus Speedway in the past and Magnolia Motor Speedway today. “He knew I liked challenges with dirt so it seemed like a good fit, so we’re gonna try it and see how it goes.”

Adding even more evidence to the Chris Kearns-led miniseries’s emphasis on providing Super Late Model, Modified and X-Mod racers a qualify racing surface at the 3/8-mile oval outside Phoenix, Stokes will be assisted in his efforts during the Wild West Shootout by Californian Scott Woodhouse. A longtime dirt-track promoter and official, Woodhouse currently is well-known in the West Coast motorsports community as the director of events at Thunderbowl Raceway in Tulare, Calif., the promoter of the Western Racesaver Sprint Car Series and a member of the World Racing Group’s track-prep team for special events at the Dirt Track at Las Vegas Motor Speedway and Nashville (Tenn.) Speedway.

“Being trusted to help with the track prep at such a major event means the world to me,” Woodhouse said. “I am excited to work with a legend like Johnny Stokes.”


Kearns, the veteran West Coast track and series promoter, feels the Stokes-Woodhouse combination will offer a significant boost to the Wild West Shootout.

“I feel we’ve put together a very talented team to give racers the best racing conditions possible,” Kearns commented. “Scott has prepped tracks at Kings Speedway, Thunderbowl Raceway in Tulare, Las Vegas Motor Speedway and Nashville. When you can prep that many different kinds of material, and have a great surface, it shows me how good Scott really is at what he does. He’ll be a perfect compliment to all the experience that Johnny Stokes brings to the table.”

Indeed, Stokes has a wealth of track-prep knowledge. He didn’t earn the “Doctor Dirt” moniker for nothing, after all.

“I’ve been doing track prep since about 1998,” Stokes said. “My background, I worked in construction and dirt all my life, so I guess I just got a feel for it.

“At Magnolia, and even when I was at Columbus, my pet peeve — and I don’t have many — is, I can not stand a racetrack (surface) not being good. Now, it don’t always work out, but that really bothers me when it’s not good, so I really put a lot of effort into it to try and make it the best I can. I want to see a good race just like everybody else.

“You’ve got to work it,” he continued, noting the key to whipping up a top-notch surface. “I ain’t ever been to Arizona so I don’t know what kind of dirt there is, but I think if I get there three or four days before they start and work it every day, I’ll get it figured out.”

“(Shelton) mentioned that the top was a little too fast (last year) so he asked if maybe I could work on that,” Stokes commented. “I told him I’m one of them hands-on guys. I just have to get out there and get a feel for it.

“I’m not saying I know much, but my biggest thing is, I’m not scared to try something. If it don’t work, it wasn’t working anyway. So if it does you look like a hero, and if it doesn’t, at least you tried.”