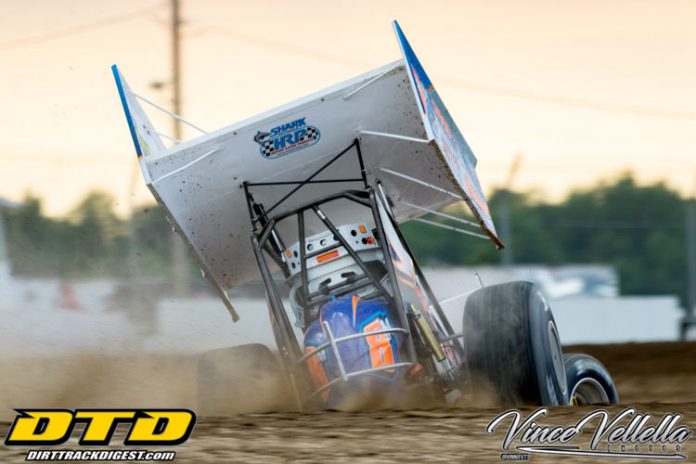 INDIANAPOLIS, IN – For the first and only time in 2017, the Arctic Cat All Star Circuit of Champions will spend a weekend in The Empire State, ready to compete at three different dirt ovals over the course of three straight days, all kicking off on Friday evening, July 28, at the Outlaw Speedway in Dundee, New York.

The New York triple-header will continue on Saturday evening, July 29, at the Orange County Fair Speedway in Middletown. The peak of a near-$33,000 purse, a winner’s share equaling $10,000 will be up for grabs during the third-ever visit to Orange County; the first visit since 1989 when Bob Cicconi and Jeff Gordan each earned victories during back-to-back appearances.

Lebanon Valley Speedway in West Lebanon will conclude the Arctic Cat All Star trek through The Empire State. The Upstate New York venue, just southeast of Albany and minutes from the Massachusetts state line, will award a $7,000 top prize on Sunday evening, July 30. “America’s Series” made their first ever appearance at the high-banked half-mile on August 22, 2016. Sammy Swindell was the victor, holding off Kraig Kinser and Chad Kemenah at the final checkers. If needed, Lebanon Valley Speedway will utilize Monday, July 31, as a rain date.


Adding extra hype to the Sunday night appearance at Lebanon Valley Speedway, a mammoth purse of $39, 450 will be distributed amongst the A-main finishers with each starter guaranteed a minimum of $1,000. As an added bonus, those who do not transfer through the evening’s B-main at The Valley of Speed will be awarded $500.

Outlaw Speedway will open pit gates and main gates at 3:00pm on Friday, July 28. Hot laps will hit the speedway at 6:00pm, followed by racing at 7:00pm. Those seeking additional news and notes regarding ticket pricing and facility accommodations should visit Outlaw Speedway live on the Web at www.outlawspeedwayllc.com.

Lebanon Valley Speedway will open all gates at 4:00pm. Additional updates will be posted at the official online home of The Valley of Speed at www.lebanonvalley.com.