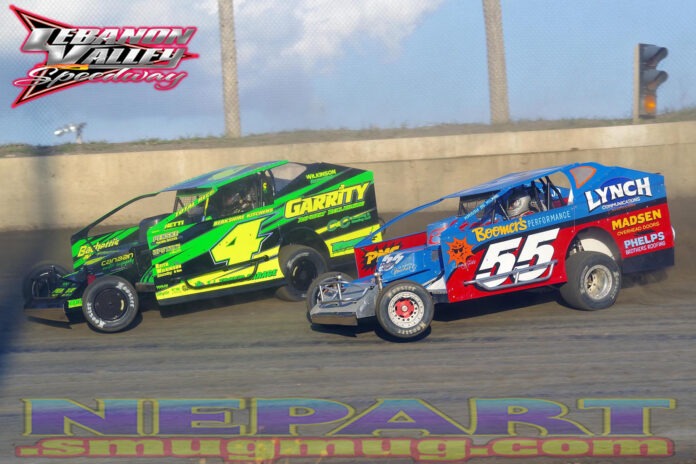 WEST LEBANON, NY – Andy Bachetti used his front row starting spot to his advantage on Saturday night jumping out to the early lead in the 30 lap main event and never looked back in route to a $5,000 payday in the DIRTcar Big Block Modifieds at Lebanon Valley.

Mat Williamson finished in the 2nd position after starting the event in 6th.  After working his way into the top five, he battled hard with Marc Johnson, eventually taking the 3rd spot away from the Johnson machine.

A late race restart bunched the field up and that was just what Williamson needed as he was able to clear the 115 of Kenny Tremont for the 2nd position after a 5 lap side by side battle, but there was no catching Andy Bachetti on Saturday night as he cruised to victory by over 2.5 seconds.