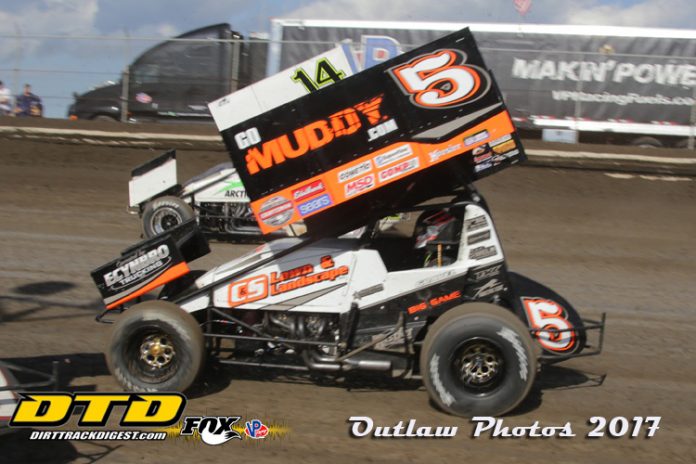 By WORLD OF OUTLAWS PR
CONCORD, NC – The World of Outlaws Craftsman® Sprint Car Series returns to Lernerville Speedway on Tuesday, July 18 for the 26th annual Don Martin Memorial Silver Cup.
Amidst the ‘Month of Money’, The Silver Cup, one of the marquee events on the World of Outlaws Craftsman Sprint Car Series schedule, takes on the high-banked, 4/10-mile oval in Sarver, PA.
One of the most competitive events on the schedule, the Don Martin Silver Cup has seen nine different winners in the last 11 events. Last year, David Gravel took the trip down Victory Lane in the single-feature format. This win didn’t come easy for Gravel, however, as he had to deal with eight-time World of Outlaws Craftsman Sprint Car Series Champion Donny Schatz. The two drivers swapped position as they worked their way through lap traffic. The victory marked Gravel’s first win at Lernerville Speedway.
Gravel comes into the Silver Cup as one of the hottest drivers on the World of Outlaws Craftsman Sprint Car Series, having won nine races in 2017, tying his 2016 win-total before the halfway point of the 2017 season.
After several years of hosting twin-feature events, in 2016 the Don Martin Memorial Silver Cup returned to a single, 40-lap, $25,000-to-win feature. This year, the Silver Cup will once again mimic last year’s event, including the big payday.
Tickets for the Don Martin Memorial Silver Cup on Tuesday, July 18 at Lernerville Speedway can be purchased by calling 844-DIRT-TIX or by visiting WorldofOutlaws.com/Tickets. Fans who can’t make it to the track will be able to watch what is guaranteed to be another ultra-competitive event live on DIRTvision.com