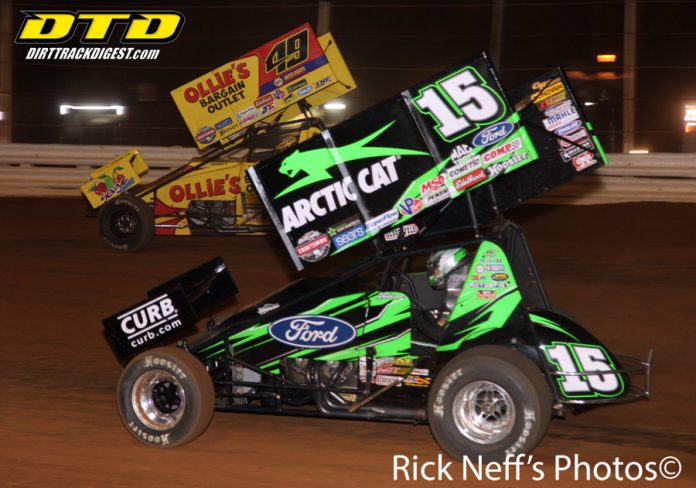 SARVER, PA – The World of Outlaws Craftsman® Sprint Car Series schedule is winding down, which means the annual Commonwealth Clash at Lernerville Speedway is upon us. This year’s Commonwealth Clash takes place on Saturday, September 23.

Since then, Lernerville has crowned a 410 Sprint Cars track champion. Apollo, PA’s AJ Flick claimed his second career track title and will represent the local contingency when the Outlaws invade Western Pennsylvania once again.

The Greatest Show on Dirt has a rich history at the Lernerville Speedway dating back to 1979, when The King, Steve Kinser, claimed the first World of Outlaws win at the 4/10th-mile oval.

With just a few races left on the 2017 schedule, Schatz is in the driver’s seat for his ninth Series championship. Brad Sweet remains within striking distance, 88 points behind Schatz. David Gravel, Shane Stewart and Daryn Pittman complete the top five in the World of Outlaws Craftsman Sprint Car Series Point Standings.

Tickets for the Commonwealth Clash are available online or by calling 844-DIRT-TIX.