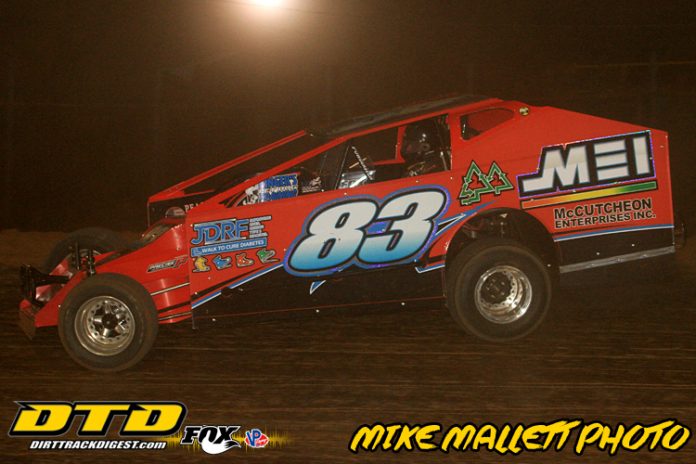 SARVER, PA – The big stage is set at the Dirt Track at Charlotte this week for the annual World Finals. The event that brings together the best of the best from around the world among 410 Sprint, Super Late Model, and Big Block Modified drivers.

And, joining the fields this year as almost happens every year, will be some of Lernervile’s weekly and semi-regular drivers who will do battle. Fans can watch their favorite drivers in action live via pay-per-view at DirtVision.com or listen free of charge there as well and can follow along via twitter @World_Finals . The action starts this Thursday, November 2 with time trials for all three divisions and heat races for the Super Dirt Car Series Big Block Modifieds and concludes with two complete shows on Friday and Saturday nights.

Here’s a look at drivers from our area who will be on hand to race this weekend:

Dan Shetler: He’s coming off the heels of a runner-up regular season in the Peoples Natural Gas DIRTcar Sprints where he finished just 19 points behind eventual champion AJ Flick in weekly action. And, he’ll find himself in Charlotte and with more than a puncher’s chance of making one or both of the final World Of Outlaws Craftsman Sprint Cars main events. Shetler has traveled in the area and beyond outside of weekly action the past two seasons, scoring a top five finish in ASCoC action at Bedford Speedway and making several other World of Outlaw fields.


Brian Swartzladner: The all time winningest driver in Diehl Automotive Big Block history has made several trips to Charlotte over the years. Swartzander has become a regular at Charlotte, and he’s made either one or both features most of the time and is competitive in them as well.

Jeremiah Shingledecker: Two time track champion, Jeremiah Shingledecker is no stranger to the Dirt Track at Charlotte having competed in the last three editions of The World Finals. If the circumstances and luck were to be with him, he could definitely make both shows and perhaps a top 10 finish would not be out of the question. Shingledecker ran as high as ninth in he 2014 Friday night main event before mechanical gremlins ended his night very late in the race.

Russ King: The Bristolville, OH driver and 2016 track champion scored a weekly win this year with the Precise Racing Products DIRTcar Late Models and could very well open some eyes this coming weekend. King has scored a podium finish in World of Outlaw Late Model action this year and has had several regional victories in both Super Late Model and RUSH Late Model action in 2017. A top 10 or better performance should surprise nobody that’s been paying attention to his most recent results this year.

Sadie Siegel: Making her first trip to Charlotte in 410 Sprint action, Sadie Siegel steadily improved over the course of 2017, making several main events as the season wore on. She’ll gain a good bit of knowledge this weekend as she competes in a very deep and talented field.