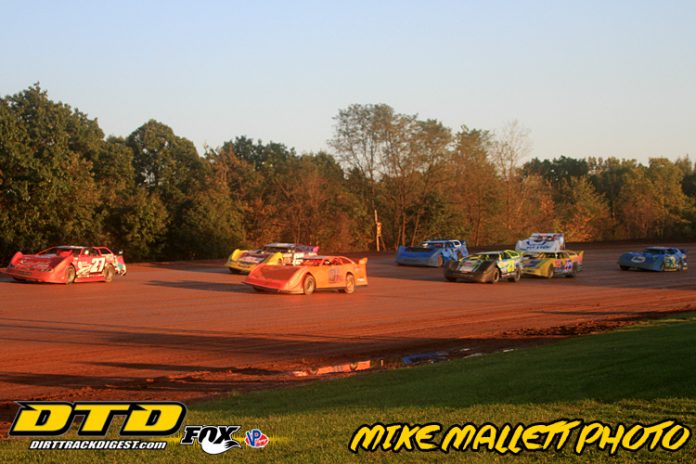 SARVER, PA – An amazing event just got even better in 2019! June 20-22, the $30,000 to win, 13th Annual Firecracker 100 featuring the World of Outlaws Morton Buildings Late Models will be paired with another history making event. The richest Crate Late Model race in the Northeast will grace The Action Track alongside the Firecracker 100 in 2019 as the running of the 50 lap, $10,000 to win ‘Bill Emig Memorial” featuring the RUSH Late Models will give fans an action packed three day weekend to remember.

The annual show will feature nearly twice the racing and then some perhaps in terms of cars and excitement. It’s a great weekend of racing, entertainment, camping and fan interactive activities that many have come to love over the years at the legendary facility.

“I think this is a wonderful opportunity to enhance the Firecracker with the largest purse ever for Crate Late Models in the history of the Northeast,” stated Lernerville promoter Father Tim Tomson. “With the addition of the RUSH Late Models to this longstanding premier event for the World of Outlaws Late Models, fans, racers, and sponsors will have the time of their life. Come and camp, enjoy the races, take part in all of the entertainment, and have a terrific time!”

The event will include $100 FK Rod Ends “Shock the Clock” Qualifying, $25 FK Rod Ends heat races, last chance B mains, a dash that will determine the beginning of the feature line-up, the $10,000 to-win $450 to-start feature , and a $400 to-win $150 to-start non-qualifier. Additional details on the formatting of the event will be released in the future.
Stars and Plenty of Cars On Big Stage

The RUSH Late Models have brought their brand of thrilling racing to Lernerville at various times over the years including their annual touring stop as part of the Steel City Stampede every October. The fields have traditionally been plentiful in terms of sheer number in the pits and quality of drivers. The Lernerville record car count of 54, achieved in the 2015 Stampede could very well tumble as well as the overall car count record number of 58 in 2016 during Manufacturers Night at Tri City Raceway Park.

In 2018 Stampede action, former Lucas Oil Late Model series touring driver Colton Flinner held off RUSH touring series champion Jeremy Wonderling to take his first career win at the Sarver speed plant in a race that has been of the quality fans have come to expect from the series. Meanwhile, area Late Model standout Chad McClellan won the last Emig Memorial held at Lernerville in 2014. It’s a track that brings out some of the biggest names in the area, and with $10,000 on the line and many of the RUSH Late Model weekly sanctioned tracks scheduled off to allow drivers to come and support the event, the pits will be full of top names from not only the surrounding area, but from New York, West Virginia, Ohio, Maryland and Virginia. The roster will be deep and talented and ready to attempt to etch their name in the record books as winner of the richest race in Northeast Crate Late Model racing history.

The name Emig has been synonymous with Lernerville over the years as Bill Emig was a car owner in the area for over 25 years. Emig’s famous #1, six cylinder powered Ford was a staple at The Action Track and other area speedways and behind the wheel for over 20 years was Lou Gentile, Lernerville’s 5th winningest driver. Emig was one of the first recipients of the Don Martin Milestone in Racing award in 1988.

“I honestly can’t describe what it means to bring the ‘Bill Emig Memorial’ to the ‘Firecracker’ and back to Lernerville where the inaugural event took place in 1991,” added Emig. “To have this event pay $10,000 to win, which will be the richest ever event throughout our region since my involvement with crate racing, of course makes it even more meaningful. As a car owner, my dad had a very long and storied history at Lernerville and I know he would be so proud to see that his love of racing and legacy continues on through this historic event.”

The 13th Annual Firecracker 100 has become one of the most anticipated races on the National Late Model scene by both drivers and fans alike. Three straight days of racing await fans as the top Super Late Model drivers in the World battle for bragging rights culminating in the 100 lap, $30,000 to win finale. In addition to the racing action fans can enjoy concerts, driver autograph sessions where they can chat and take pictures with their favorite drivers and also participate in the “Kick It To Cancer” kickball game and raffle/auction which benefits the LUNGevity Foundation. Tickets are on sale now and can be purchased online at https://lernervilletickets.com/13th-annual-firecracker-100-june-20-21-and-22 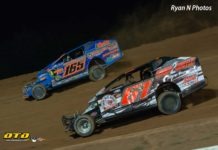