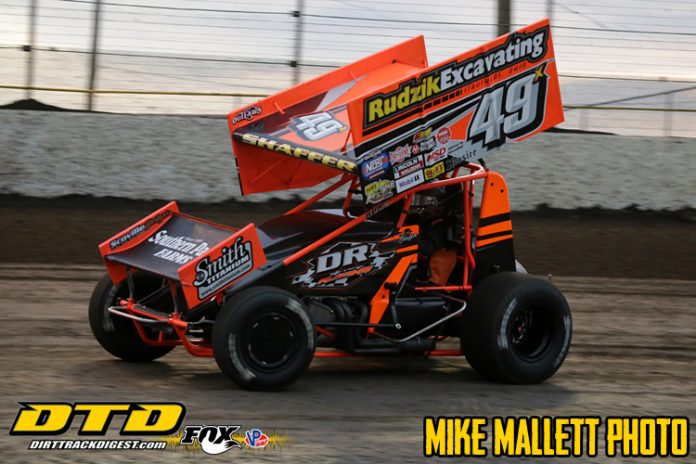 SARVER, PA – It’s a different set of circumstances the Ollies Bargain Outlet All Star Circuit of Champion Sprint Cars presented by Mobil 1 find themselves in as they prepare to invade The Action Track this Friday night. Having lost five of their last six scheduled races to Mother Nature. The series looks to string together some completed shows and since only two points shows have been able to see a checkered flag thus far, there’s a good bit of intrigue as to who will seize the early season momentum among the series regulars.

Also expected to be in action on Friday night will be two drivers that have made their impact felt at Lernerville and across the country for years as 1993 track champion Tim Shaffer and 1991 champ Dale Blaney look to be among the front runners on Friday night. Shaffer has four All Star victories at Lernerville in his career to this point while Blaney owns three wins, the last of which came in 2015.

Ready to do Battle

A talented group of weekly drivers awaits the All Star invasion Friday night as three time and defending champion AJ Flick and a stout group including Jack Sodeman Jr., Sye Lynch, Dan Shetler and Brandon Matus are prepared to do battle. They’ve all managed to get some seat time at select speedways in the area between raindrops and have done some impressive things to this point. Flick currently sits in sixth place in the point standings at Port Royal Speedway while Shetler has enjoyed some top five finishes at Lincoln Speedway in the early portion of the season. Meanwhile, Lynch and Matus managed top five finishes at Wayne County Speedway on April 13.

The 305 RaceSaver Sprint Cars of the Allegheny Sprint Tour will be joining the action on Friday night in their first of six appearances at The Action Track in 2019. This will be the second stop for the series this season as Jake Gomola crossed under the checkered flag first on April 13 at Michaels Mercer Raceway Park in their season opener. Last season, Robbie Bartchy won the back to back features on October 12 and September 22 while Steve Kenawell Jr. (September 15), Chad Hill (August 31), Greg Dobrosky (June 29), and Roger Irvine (June 1) all managed feature wins.

Pits will open at 4 PM on Friday night with grandstands opening at 5 PM. Hot laps are slated to take place at 6:45 PM and will be followed immediately by time trials for the All Star Sprints. Adult general admission is $25, $15 for students ages 11-17 and children 10 and under are free. Pit passes are available for $35 for DIRTcar Members and $40 for non-members.
We look forward to seeing you there!