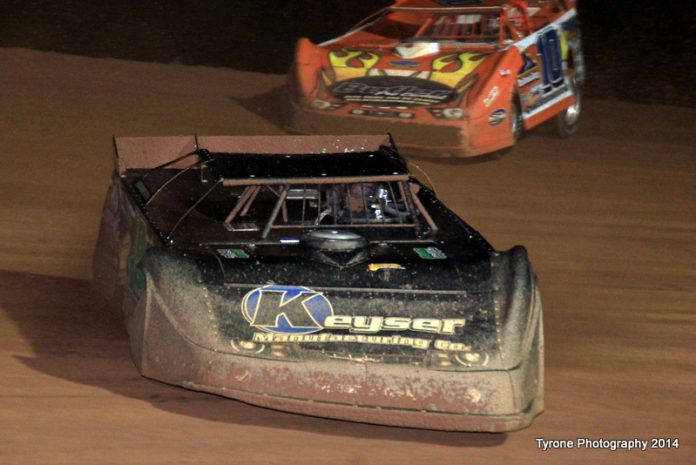 SARVER, PA – Planning and preparation for the upcoming 2020 season has been progressing at a steady clip thus far at Lernerville Speedway.  The Fab4 racing divisions Revved up with Marburger Farm Dairy including the Peoples Natural Gas DIRTcar Sprints, Precise Racing Products DIRTcar Late Models, Diehl Automotive DIRTcar Big Block Modifieds and Millerstown Pic-A-Part DIRTcar/RUSH Pro Stocks will once again comprise the bulk of the weekly racing action while the complete slate of special events continues to take shape.  Meanwhile, there will be some changes in store for both fans and drivers alike as rules and purses become honed to provide a better experience for each.
New for 2020
In 2020, drivers can expect a 10% purse increase across all divisions and all finishing positions. This increase is addition to the recently announced “Pad the Purse” program presented by Phil DiLucente and Associates, and will allow Fab4 drivers to earn more than ever this coming season.
The Precise Racing Products DIRTcar Late Models will see the Hoosier Tire rules expanded to include Hoosier 1300 and harder compounds. The Millerstown Pic-A-Part DIRTcar Pro Stocks will also see a major change take effect in 2020 as open motor cars may now join the weekly fields for the first time since 2015.  Rules for any open motor cars will follow the current Penn-Ohio Pro Stocks with two notable exceptions.
Firstly, all open motor cars must weight 3,000 lbs with the driver while drivers who still utilize the RUSH GM 604 crate engines will receive a 200 lb weight break while GM 602 powered cars must weigh 2700 lbs. Secondly, crate powered Pro Stocks may run a two-inch taller spoiler and will also be able to use the Md3 nose piece currently available for Late Models. All Pro Stocks will race with the current Late Model tire rules with the expanded 1300 and harder compound addition. The spoiler and nose piece rule changes are adjustments to the RUSH rules and not an adaptation to the Penn-Ohio Pro Stock rules.
Dates to Remember
The 2020 season will kick off with the Clearview Mall Car Show which will run March 19-21. The preseason will then conclude with two “Test and Tune” sessions on April 10 and 17.
The Fab4 open the slate of racing action on Friday, April 24 and will be followed by an appearance by Ollie’s Bargain Outlet All Star Circuit of Champions Sprint Cars just one week later on Friday, May 1.  One of the most anticipated weekends of the regional racing scene is set to take place June 25-27 as the Morton Buildings World of Outlaws Late Model Series take the track for their three day speed festival in the 14th annual Firecracker 100 where they will be joined once again by the RUSH Late Models competing in the $10,000 to win Bill Emig Memorial.
The Greatest Show on Dirt will make another two appearances at The Action Track in 2020 with the 28th annual Don Martin Memorial Silver Cup set to leave fans on the edge of their seats on Tuesday, July 21 and the Commonwealth Clash on Saturday, September 26. And, the schedule conclude with the  12th annual Steel City Stampede, featuring a 12 plus division agenda plus 100-lap Enduro.
Be sure to stay close to our social media channels on Facebook and Twitter and our website at Lernerville.com for further announcements and details. 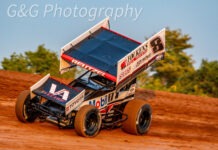