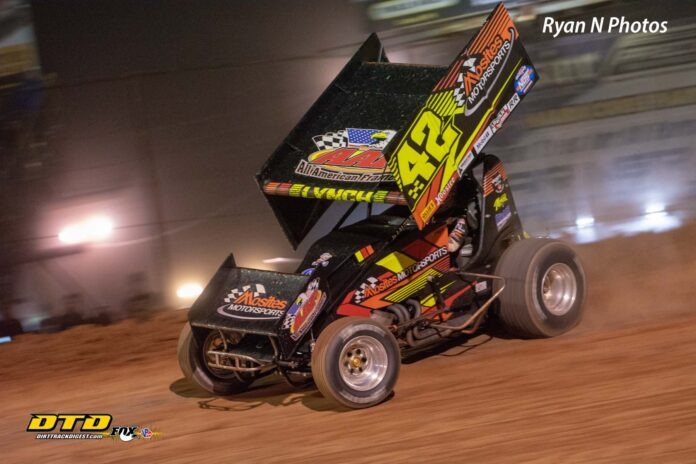 SARVER, PA – Sprint Cars have graced the clay at Don Martin’s Lernerville Speedway virtually since its inception over 50 years ago. And over the years, they’ve given us some of our most memorable experiences on the track, and also treated us to some amazing drivers that not only made their mark by dazzling crowds at The Action Track, but also at regional and national levels as well. Those drivers helped forged a unique tradition that exists to this day, of thrilling, high level Sprint Car racing in Sarvertown, a tradition that deserves a fitting tribute.

On Opening Night, this Friday, April 23rd, the People’s Natural Gas Sprint Cars will compete for the 999th time on Sarver, PA oval track. Since the first Sprint Car race on May 10th, 1968, a total of 146 different drivers have claimed Sprint Car victories at The Action Track. Several of the retired previous winners and former Champions have accepted invitations to join in the celebration. Legends of the past will greet fans with a pre-race autograph session, and pose in Terry Bowser Excavating Victory Lane for photos with the winner of “The Lernerville Grand” presented by Alternative Power Sources. Commemorative t-shirts will be available, listing all previous winners on the back, as a perfect souvenir to be signed by past and present Sprint Car stars.

“This event is more than just a milestone,” General Manager Mike Lysakowsi remarked.  “It’s a testament to the decades of consistency of the Lernerville Speedway, and tradition now upheld by The Tomson Family.”

Alternative Power Sources, of Gibsonia, PA has been a long time supporter of motorsports.  Although the locally owned company sponsors race teams at several levels of the sport, the APS logo is found on more Sprint Cars than any other form of race car.  Alternative Power Sources is proud to market their lines of generators and generator services as a partner in this one-time only, historic event.

Tickets for “The Lernerville Grand presented by Alternative Power Sources are currently on sale at Lernerville.com, by clicking the All Star Circuit of Champions icon.

After the originally scheduled 2021 Opening Night was lost due to rain and cold temperatures, the 1,000th Sprint Car race at Lernerville will now become a point-paying event for Tony Stewart’s All Star Circuit of Champions Sprint Car touring series.