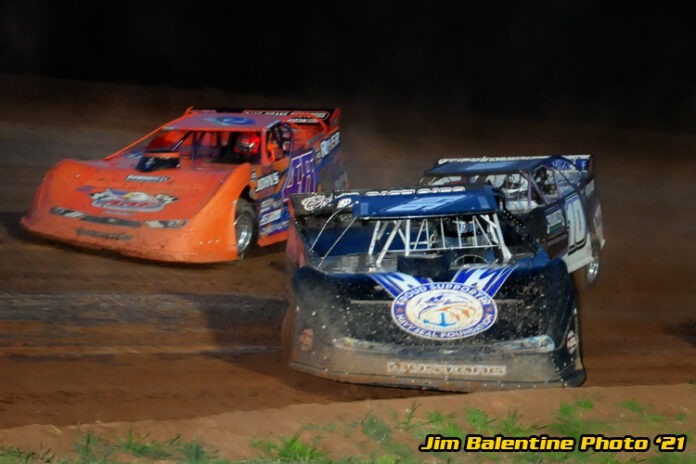 SARVER, PA – This Friday, September 17, will be a night of celebration as the regular season for the Fab4 Revved Up with Marburger Farm Dairy will come to a close. With the regular season ending, that means Lernerville Speedway will crown their 2021 Champions for each of the Fab4 divisions!

Two of the Fab4 divisions already have their titles wrapped up heading into the final week of the season. Colton Flinner used strong, consistent finishes to capture his first championship at ‘The Action Track’. Flinner found himself in Terry Bowser Excavating Victory Lane once this season and finished on the podium eight times enroute to the Precise Racing Products Late Model title! There is still plenty up for grabs for the Precise Late Models though as Jared Miley and Alex Ferree have an opportunity to jump in the standings as Miley is only one point behind second place Ken Schaltenbrand and Ferree is only 14 markers back.

The other title that has already been clinched is the Millerstown Pic-A-Part Penn/Ohio Pro Stocks division where Corey McPherson has locked up his seventh Lernerville Speedway track championship. McPherson claimed three victories in 2021 including his 50th career win on August 6th. While McPherson already has the title in hand, Joey Zambotti looks to hold off Mike Miller for second as Zambotti carries at 24-point advantage over Miller. Mike Bordt is a mere 4 points behind Miller for third as Brett McDonald sits fifth, only 11 points behind Miller.

The championship battles that are still up for grabs on ‘Championship Night’ presented by Alumisource are the Peoples Natural Gas Sprints and the Diehl Automotive Big Block Modifieds. Brandon Matus holds a slim 8-point advantage over A.J. Flick as he searches for his first Lernerville Speedway championship. Flick, who looks to capture his fifth title, hopes to use the momentum from his second-place finish in his last Fab4 event to propel him to that fifth championship. Our most recent winner, Sye Lynch sits third in points while Darrin Gallagher and Jack Sodeman, Jr. round out the top-five.

In one of the most competitive points battles throughout the entire year, the Diehl Modifieds show Jeremiah Shingledecker in the point lead heading into the final night with Garrett Krummert only 12 points behind. Rex King, Jr. is also well within striking distance of the championship as he is only 20 points behind the leader. Shingledecker and Krummert are both looking to snag their second championships and King, Jr. would be in line for his third title. Two-time track champion Dave Murdick is fourth in points with Rex King, Sr. sitting fifth.

Pit gates for this Friday’s Fab4 Revved Up with Marburger Farm Dairy ‘Championship Night’ presented by Alumisource open at 4:00 p.m. with grandstand gates opening at 5:00 p.m. Hot laps are slated to begin at 6:50 and racing to begin at 7:30 p.m.

Tickets for this week’s Fab4 Racing Revved Up with the Marburger Farm Dairy ‘Championship Night’ presented by Alumisource, and all upcoming events can be purchased at www.Lernerville.com, the online home of Lernerville Speedway.

This Friday’s Fab4 Revved Up with Marburger Farm Dairy ‘Championship Night’ presented by Alumisource will be livestreamed on Lernerville.TV. The Pre-Race Show will go live on LernervilleTV around 6:30 to preview the night’s racing and talk to some of the stars of the nights action! Single race passes are available for $20, but the better deal is the monthly subscription for just $10 more; $30 gets you a full month of Fab4 Racing Revved Up with the Marburger Farm Dairy. LernervilleTV is also the exclusive streaming service of the 15th Annual Steel City Stampede, and all three nights are included in the monthly subscription! 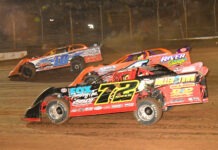