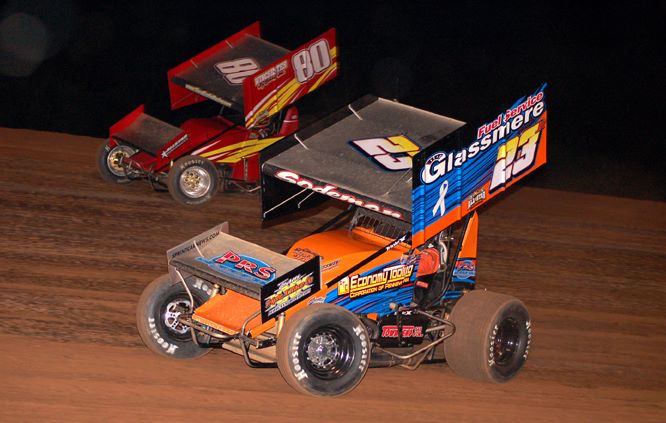 SARVER, PA-The $10,000-to-win Commonwealth Clash, scheduled for Saturday, September 17, is less than one month away, and tickets are on sale now at www.Lernerville.com/tickets!  The $10,000 winner’s share of the purse is the biggest payout on the FAST Series schedule this season and sure to draw a large crowd of regional invaders along with the FAST touring regulars and the heroes of Fab4 Racing from the Peoples Natural Gas Sprint division.

Originally scheduled as a $20,000-to-win, final leg of a three-race series of events with partner tracks in Ohio and West Virginia, a series of unforeseen circumstances including significant challenges at the partner tracks and a mid-season personnel change at Lernerville, as well as the ongoing economic downturn have resulted in the three-race series not coming to fruition this season.  However, instead of canceling the event outright, the management teams at Lernerville Speedway and the FAST Series have decided to run the race as a $10,000-to-win event with more money being spread throughout the purse than had been planned for the $20,000-to-win.  In fact, the familiar purse structure will not only pay $10,000 to win, but also $6,000 for second, $2,500 for fifth, $2,000 for tenth, and $1,000 to start.

The Tomson family wishes to express that, “This race is very important to the track and to our family.  We were hoping to find an event sponsor to keep the purse at $20,000, but this economy has been hard on everyone.  We looked at some other scenarios that included canceling the event as a worst-case scenario, but at the end of the day, there is no way we were going to let that happen; this event means too much!”

FAST Series Director Aaron Fry added, “Lernerville Speedway has been a great partner for the BOSS series for many years and we were thrilled to sanction a huge event at The Action Track with the FAST Series this season like the Commonwealth Clash.  There is a lot of history with that race and to run it as a $10,000-to-win event just like it’s been for more than a decade is a really big deal for the FAST Series and drivers.”

As mentioned above, both reserved and general admission seats can be purchased at www.Lernerville.com/tickets.  All advanced purchase tickets will include a free pit pass upgrade.

For those not able to attend the race in person, Lernerville.TV will stream all the action right into the comfort of your living room or the convenience of your mobile device.  Single passes will be available for the event, but this race is included in the monthly LernervilleTV subscription as well!

Pit gates for this Friday’s Championship Night featuring the Fab4 Revved Up with Marburger Farm Dairy will open at 4:00 p.m. with grandstand gates opening at 5:00 p.m. Hot laps and qualifying are slated to begin at 6:30 and racing to begin at 7:30 p.m. Children 10 and under, as always are admitted FREE with General Admission set at $15 for all ages 11 and up. Pit passes for all will continue to be $30.