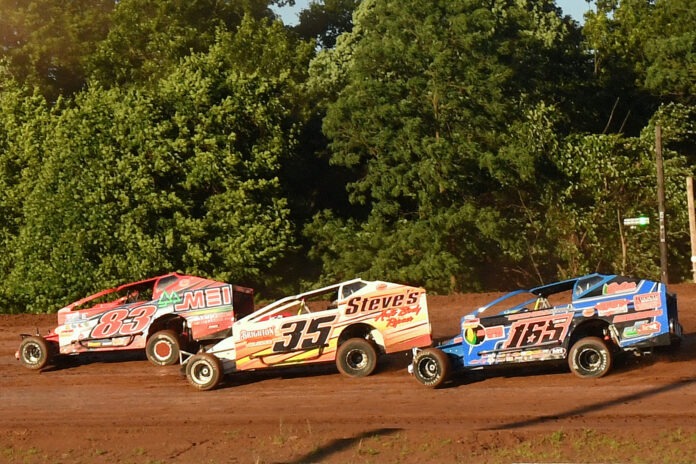 SARVER, PA-With Mother Nature taking away the first opportunity to crown champions for the 2022 season, Lernerville Speedway will now have Championship Night this Friday, September 2. The Precise Racing Products Late Models, Diehl Automotive Big Block Modifieds, and the Millerstown Pic-A-Part Pro Stocks will all be in action to determine their respective champions.

With last week’s postponement of Championship Night and the Peoples Natural Gas Sprints title already wrapped up by A.J. Flick, now a 6-Time Lernerville Speedway Champion, the Peoples Sprints have been given the night off to support the Tezos All Star Circuit of Champions Sprints Cars event scheduled for this weekend in Ohio. The Peoples Sprints will be replaced by the Hovis Auto & Truck Supply RUSH Sprint Cars for their fourth visit of the season at ‘The Action Track’.

The tightest points battle going into Championship Night is in the Millerstown Pro Stocks where two-time Lernerville champion, Tyler Dietz, holds a slim 11-point lead over last week’s winner, Chris Schneider. Both drivers have four wins on the season and while Dietz is looking for his third title, Schneider, surprisingly enough, is still in search of his first championship. Todd Weldon is also still in the mix for his first championship as well as he sits 30 points behind point leader Dietz.

The Diehl Modifieds also have a tight contest for the 2022 title as three-time and defending champion, Jeremiah Shingledecker is just 15 points ahead of 2020 champion, Garrett Krummert. Two-time champion, Dave Murdick is third only five points behind Krummert and 15 behind Shingledecker as he goes for his first Lernerville championship since 2005. Seven-time champion, Brian Swartzlander is still mathematically in contention being 37 points back from the leader but would need to be dealt the perfect hand to pull off his eighth title.

John Garvin, Jr. has a 33-point lead over Colton Flinner in the Precise Late Models division. Before last week’s postponement, it looked as though Garvin had the title wrapped up as Flinner was in action with the Lucas Oil Late Model Dirt Series but will now be in attendance for Championship Night. Logan Zarin is third, 46 points behind Garvin and with 40 points being the maximum points awarded in a night, only Garvin or Flinner can win the title. Garvin, in his first year back in a Precise Late Model since the 2014 season, is looking for his first championship while Flinner is trying to back-to-back after winning the title in 2021.

Not only is it Championship Night, it’s also our annual Autism Awareness Night where there will be raffles and auctions that all benefit Autism Pittsburgh. Numerous items will be available to bid on including a 2021 Firecracker 100 banner signed by all drivers that participated in the driver autograph session during this year’s Lucas Oil Late Model Dirt Series sanctioned Firecracker 100.

Pit gates for this Friday’s Championship Night featuring the Fab4 Revved Up with Marburger Farm Dairy will open at 4:00 p.m. with grandstand gates opening at 5:00 p.m. Hot laps are slated to begin at 6:50 and racing to begin at 7:30 p.m. Children 10 and under, as always are admitted FREE with General Admission set at $15 for all ages 11 and up. Pit passes for all will continue to be $30.

This Friday’s action will be livestreamed on Lernerville.TV. The Pre-Race Show will go live on LernervilleTV around 6:30 to preview the night’s racing and talk to some of the stars of the nights action! Single race passes are available for $20, but the better deal is the monthly subscription for just $10 more; $30 gets you a full month of Fab4 Racing Revved Up with the Marburger Farm Dairy.

Tickets for our weekly Fab4 Revved Up with Marburger Farm Dairy show and all other upcoming events can be purchased at www.Lernerville.com, the online home of Lernerville Speedway.