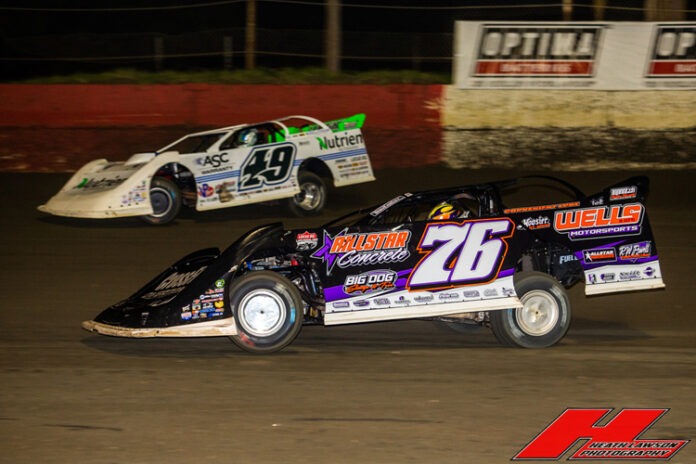 With their title sponsorship of the Winternationals, Wrisco Industries Inc. will give racers an additional starting spot in the feature event each night at East Bay Raceway Park, to the fastest qualifying driver who doesn’t transfer into the main event, through a Heat Race or B-Main. That spot will be titled the Wrisco Fast Time Provisional and will start 25thin each night’s feature event.

“We are excited and proud to continue our partnership with the Winternationals and the Lucas Oil Late Model Dirt Series. Lucas Oil Motorsports continues to grow grass roots motorsports and we are honored to be a part of that,” stated Jim Monastra, President of Wrisco Industries Inc.

Wrisco Industries will, once again, offer a cash award at the series year-end awards banquet to the driver that wins the most feature events, on the Lucas Oil Late Model Dirt Series in 2021. In 2020 Jimmy Owens, Series Champion, took the Wrisco Most Feature Wins category with 11 feature wins.

“We want to thank Wrisco Industries for the added incentives they provide for the racers, during the Winternationals. Wrisco Industries’ dedication and passion for our sport allows us to continue with the most exciting speedweeks events in Florida. We look forward to the best Winternationals ever, in 2021, and to continue our great partnership with Wrisco,” stated Wayne Castleberry, Corporate Motorsports Sales and Marketing Director for Lucas Oil Motorsports.

Wrisco is the leading company providing aluminum sheets to all forms of racers in the motorsports industry. For more than 100 years, as the industry leader, Wrisco Industries’ mission has been to supply customers unmatched quality aluminum products and services. To learn more about Wrisco Industries visit: www.wrisco.com.