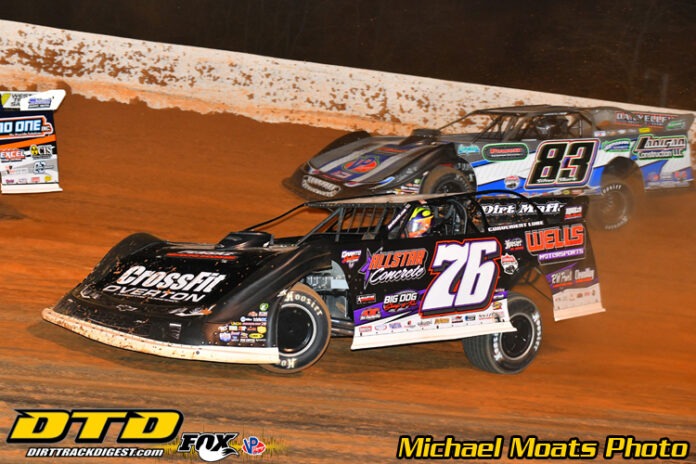 BATAVIA, OH – As the “Official Fuel” of the Lucas Oil Late Model Dirt Series, Sunoco continues to reward drivers that use Sunoco Race Fuels, exclusively, under the “Race for Gas” program. During the recent events at I-80 Speedway, the Race for Gas program surpassed the halfway mark.

Currently, Josh Richards leads the Sunoco Race for Gas while Jimmy Owens and Tyler Erb round out the top three, but the battle is far from over. With 27 Lucas Oil Late Model Dirt Series A-Main events in the books this year and 23 remaining, this “race” is still anyone’s for the taking.

Sunoco Race Fuels is also returning this weekend as the title sponsor of the North/South 100 weekend at Florence Speedway in Florence, KY. The Sunoco Race Fuels North/South 100 has been a pillar on the Lucas Oil Late Model Dirt Series slate, for over a decade now. This event has grown into one of the “must attend” crown-jewel events of the year, for drivers and fans alike.

For decades, Sunoco’s fuels have been associated with racing excellence. Today, Sunoco has expanded the reach of its racing fuels line around the world to include all types of professional motor sports and other activities where premium race fuels make a difference. With its unsurpassed innovations and years of experience, it’s easy to understand why more and more engine builders, racers, tracks and sanctioning bodies choose Sunoco over all other racing gasoline combined. It takes high-performance racing fuels that are willing to go the distance – fuels like those produced by Sunoco. As the largest manufacturer of racing gasolines in the world, Sunoco has a 40-year track record of winning performances. To learn more about Sunoco Race Fuels, visit: www.sunocoracefuels.com.
About Lucas Oil Late Model Dirt Series
Founded in 2005, the Lucas Oil Late Model Dirt Series showcases the talents of the top dirt late model drivers from across the country. In 2021, the Lucas Oil Late Model Dirt Series will sanction 59 events across 18 states, including some of the biggest marquee events in the industry, providing dirt slinging, sideways, door-to-door racing action lap after lap.