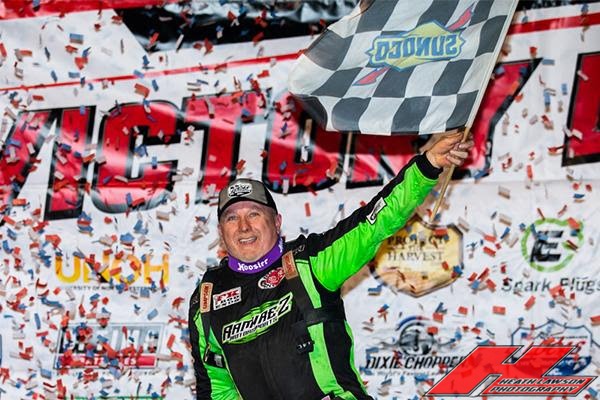 For Owens, it was his second win of the 2022 season and the 79th career victory in the Lucas Oil Late Model Dirt Series. Moran came into the event as the #1 ranked dirt late model driver in the country and continued his stride by finishing second, just 0.785 seconds behind the winner.

Moving into third in the points with his third-place finish, Tyler Erb finished ahead of Hudson O’Neal, the defending race winner, and Brandon Sheppard, who entered the event as the series points leader.

Only one caution flag slowed the event as Owens held a consistent lead throughout the race, which was postponed to Sunday from Friday. Moran made a last-ditch effort in the final laps but came up short of his fourth series win of the year.

An emotional Owens in Lucas Oil Victory for the first time since his car owner Leon Ramirez’ passing last month thanked the Ramirez family for their continued support. “This says a lot for the Ramirez family to keep pushing and putting us in the best equipment money can buy. I have said it before and I will say it again, I am very blessed to have had him in my life.”

“I could hear someone behind me, and I had a couple of lapped cars coming up in front of me. I knew if I could just hold a good line and keep the car good and straight, I could hold on until the finish. I know Devin has been extremely good this year. I knew if I were going to beat him it would be on the take off. We got a good run there on him on the second lap. I ran him up the backstretch a little bit, I thought I had him cleared. It’s all good racing, there was a bunch of good racers here.”

Moran, who regained the series points lead continued his impressive early season success. “I got the lead on the first lap and then I missed the bottom in three and four and he got underneath me. I was reeling him in and then a lapped car didn’t realize I was there in turn four and it cost me some momentum. I fell back to third and then got back to second. I saw the five to go signal, that late in the race I just tried to stay away from the fence.”

Erb battled with Moran for several laps to round out the podium in third. “If things would have played out differently there, I might have had something for Jimmy. I was trying to figure out a line in three and four to run, it would have been easy to get up there and tear the fence down.” 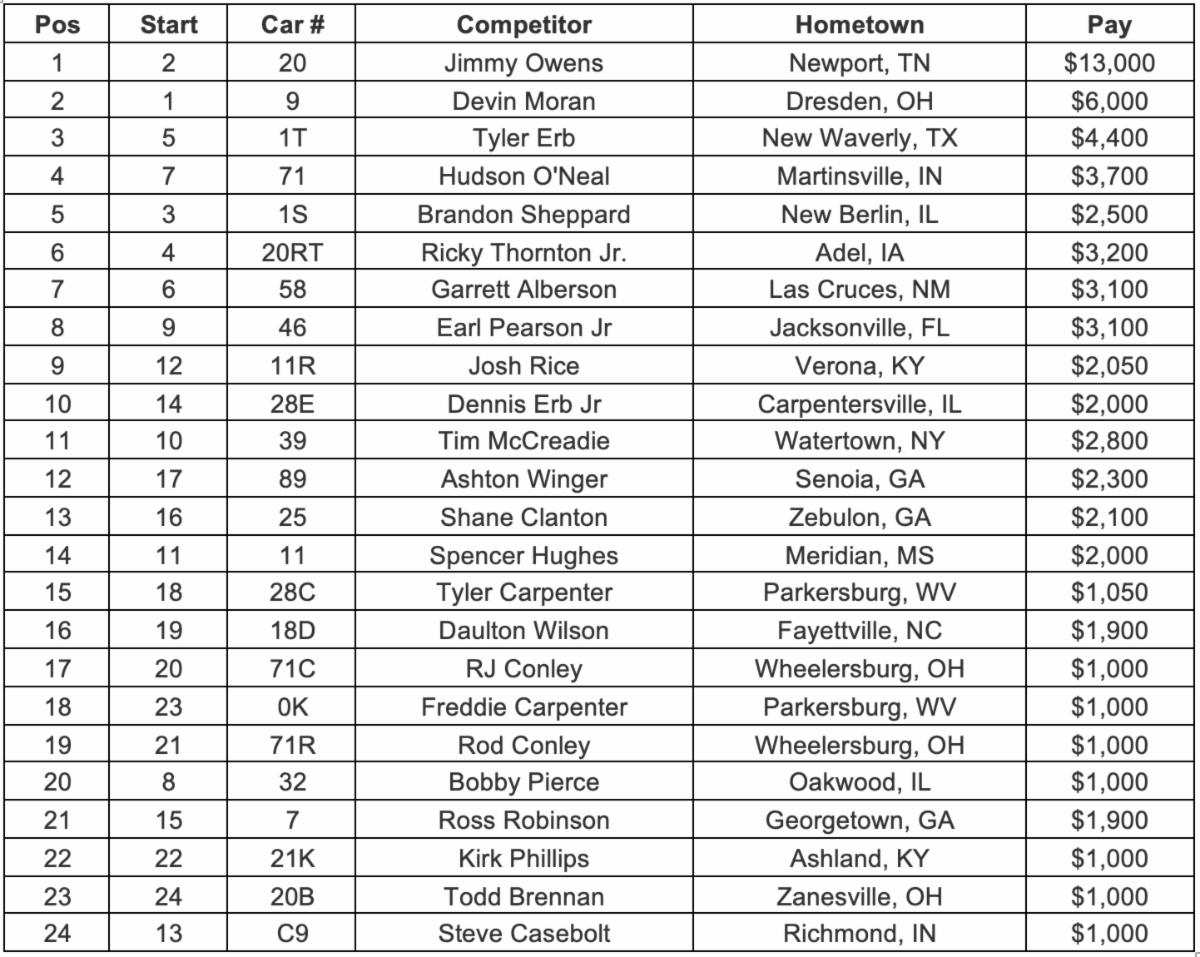