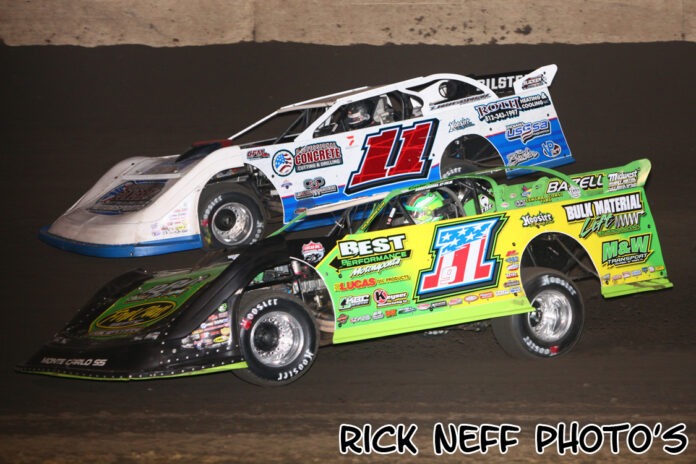 Erb took the lead at the start of the race as O’Neal pressured him early on. Thornton moved by O’Neal on lap 13 to gain the second spot. Thornton tracked down Erb as he closed right behind the Texas racer. The race went green for the first 32 laps until Tyler Bruening slowed with a right rear flat. With the field bunched up, Erb still held the point with Thornton and Sheppard close behind.

Sheppard picked up the second spot, overhauling Thornton on lap 36. Sheppard set his sights on Erb, who was maintaining a steady pace out front despite damage from his right-side spoiler support. Sheppard got within two cars lengths of Erb, using a lower line in turns three and four. A caution with eight laps to go halted Sheppard’s momentum.

On the restart Erb pulled a few car lengths ahead of Sheppard, as Sheppard had to regain his line. Sheppard closed briefly on Erb, but another caution with two laps to go would set up a green-white-checkered finish. Erb was able to open just enough breathing room over Sheppard to score his second Lucas Oil Late Model Dirt Series win of 2022, moving to second in the championship point standings.

“I was one of those that finished here last year. I got second. The track was a complete 180 from last year. I really like this place; you never know what you are going to get. It was a really good race; you could change around a lot. It was nerve-racking out there I could tell in three and four I was slowing down. All-in-all it was good night,” said the 25-year-old who was the 2019 Lucas Oil Late Model Dirt Series Rookie-of-the Year.

Sheppard, who announced last month his intentions to chase the $150,000 to win Lucas Oil Late Model Dirt Series championship will maintain the points lead heading to 34 Raceway on Saturday night.

“The track was awesome tonight. They had a huge crowd and that was awesome. Congratulations to Tyler those guys do a really good job. We had a really fast race car again tonight. I guess we will second them to death for a while. I was really trying to keep my car as straight as possible and keep my tires underneath me and hopefully I would be there at the end. Once I got close to Tyler, he got on the same line I was running. I just followed him around there after that.”

Last year’s Lucas Oil Late Model Dirt Series Rookie-of-the-Year and defending Dirt Track World Championship winner, Thornton, rounded out the podium in third. “We were pretty good, it’s the same car we flipped the other night. We’ll take it, we have a little damage tonight. They have a really good track here, sometimes it’s a little different. The race tonight was definitely the right way to do it.” 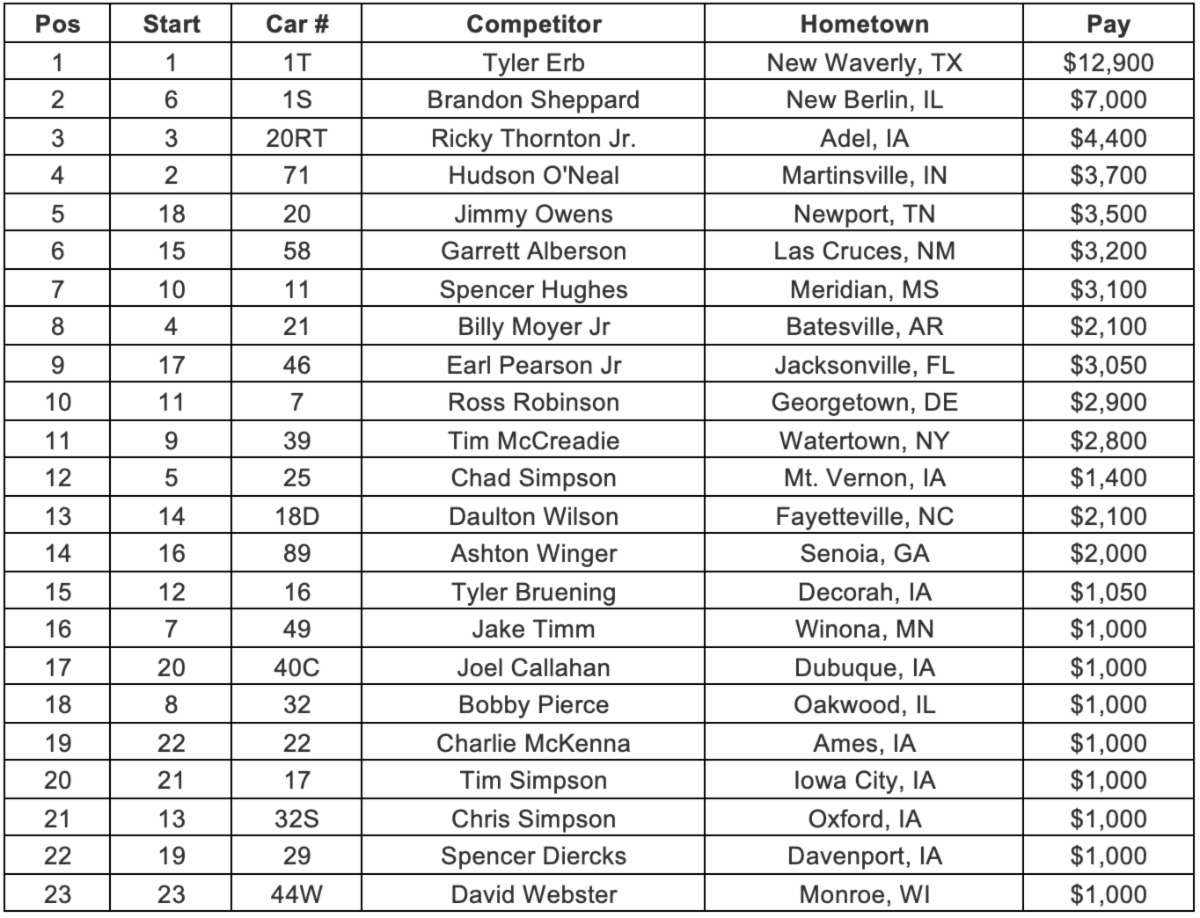 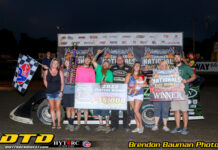 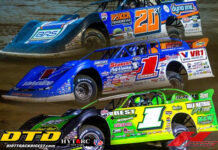