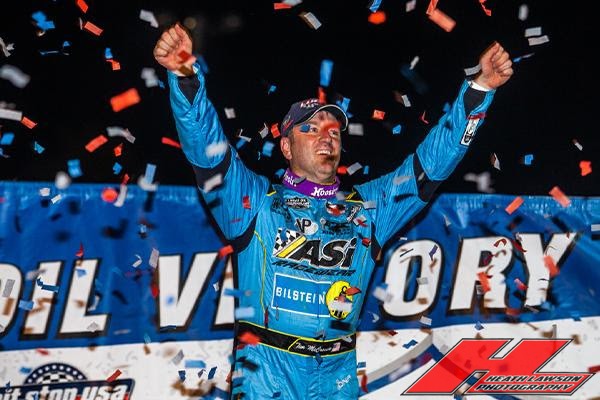 McCreadie raced unchallenged for the last of the race and won the race by nearly 10 seconds, half-a-lap ahead of a tight finish for second between Brandon Sheppard and Earl Pearson Jr. Pearson closed in rapidly in the final two circuits on the current Lucas Oil Late Model Dirt Series points leader.

Garrett Alberson, one of the five contenders for the O’Reilly Auto Parts Rookie-of-the-Year, had his best finish with the series taking fourth at the finish. Hudson O’Neal, who won at 34 in the last series appearance in 2019, came home in fifth.

In a caution-free race McCreadie had no trouble negotiating lapped traffic as he lapped up to the ninth-place finisher. Sheppard tried to move to the top of the racing surface, but lost ground to McCreadie, who stayed glued to the bottom of the track. Pearson came on strong at the end and finished just one-car length behind the runner-up Sheppard at the checkers.

In Lucas Oil Victory Lane for the second time in 2022 McCreadie thanked a multitude of people for getting him to the winner’s circle. “This speaks a lot for Longhorn Chassis. Justin Labonte and Steve Arpin in the shop. It hasn’t been easy for us this year. We have been working really hard trying other cars we have in the stable. We are just trying to get better. This car was spot on tonight. Early on I could roll through the middle there, unfortunately the top was really slimy over in three and four tonight it was kind of crowned off over there. The track crew did a really good job with what we had to work with. I appreciate that they had the track smooth. I know they were trying, I didn’t think it raced bad.”

Sheppard crossed the line for another runner-up finish for the weekend after finishing second on Friday night at Farley to Tyler Erb. “Congratulations to Timmy he did a great job there. We had another solid night for us. I had a pretty good car there. I was moving around and trying everything. I think I got my tires overheated up top trying to hustle this thing. I moved down and I didn’t feel good on the bottom. I was moving around all over the place to figure out where I needed to be on the track. It was another solid night for this Rocket house car team.”

Looking for his 40th career series win, Pearson was edged out at the finish by Sheppard. “I did find a different line in traffic. I could get up high in one and two and get a run down the backstraight away. All-in-all 50 laps and no cautions I can’t say enough about what the track people here did. I appreciate all the fans coming out here on a Sunday afternoon to make this happen. We are proud to come home third here and hopefully it gives us some momentum heading into Wheatland.” 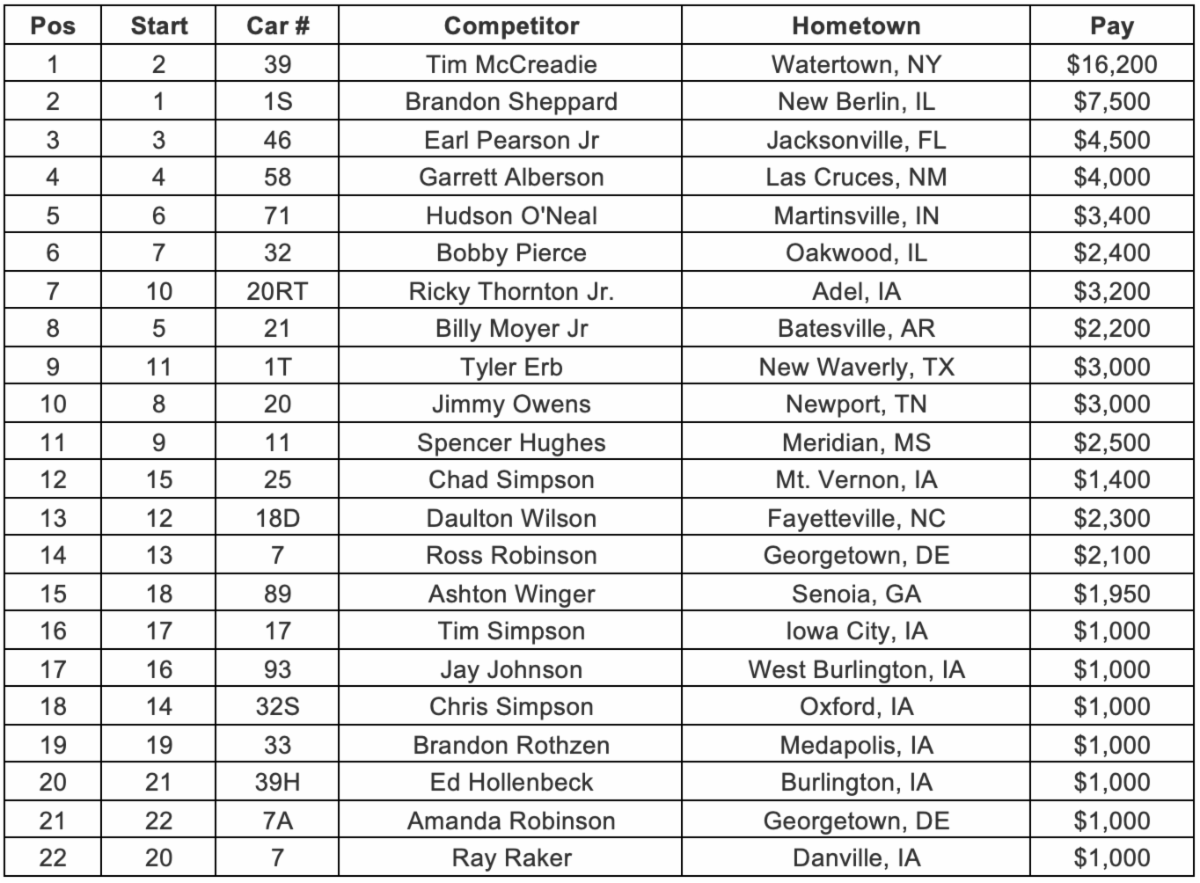