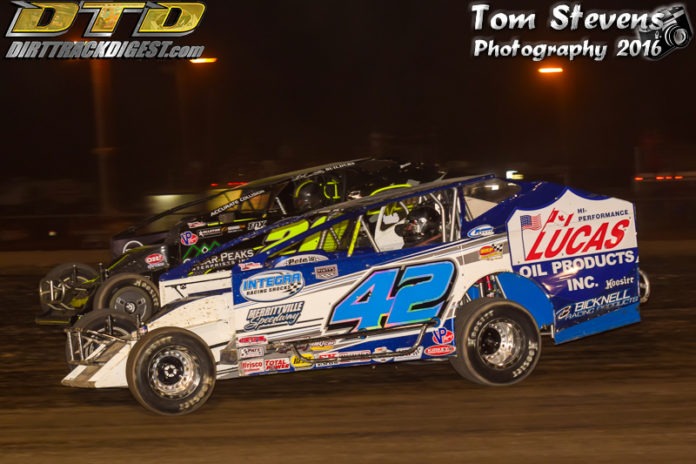 THOROLD, ONT – With the recent passing of Harry Sittler – Merrittville Speedway Race Fans and Bobcat of Hamilton Weekly Racing Series should note the following Update to the 2017 Schedule.

Saturday August 26th will see the 37 lap Harry Sittler Memorial for the Pinty’s 358 Modifieds paying $3700 to win with racing for the S&W Sportsman, Hoosier Stocks, Wood Motor Company Modified Lites and the Central Fabricating 4 Cylinders rounding out the night.

Originally scheduled for that date … the Seaway Mall’s presentation of the 100 lap Vansickle PetValu & Groomingdale’s Enduro accelerated by Niagara College has been moved to Sunday Afternoon August 27th.

“Harry was an unsung hero at Merrittville and around the circuit for 5 decades,” said (new Merrittville Speedway Owner) Don Spiece, “it has all come together rather quickly … in the near future we.ll be putting together some bonuses as family, friends come together in support to honor him.”

Harry Sittler got his start in racing in the former Jalopy Division in 1961 with a car that his dad Andrew flat-towed to the track from the family’s home in Queenston, Ontario. Sittler would move up to the former Late Model Division before stepping into a Modified owned by fellow L. St. Amand Enterprises Wall of Famer Ray Stevens in 1974.

Sittler’s trademark ‘37’ was established when the St. Catharines Driver was team-mates with Harley Turner (Mini Stock), Carl Game (Late Model) and his own Modified. 37 was the only number that would work for all three divisions.

In recent years, Sittler’s only son Andrew has raced himself eventually becoming car owner for a number of drivers that in 2017 includes Larry Lampman and Greg Panunte in 37s.

Revised Schedules should be available soon at www.merrittvillespeedway.com , at local businesses in the coming weeks and at the Seaway Mall Race Car Show the week of April 3 to 9th.