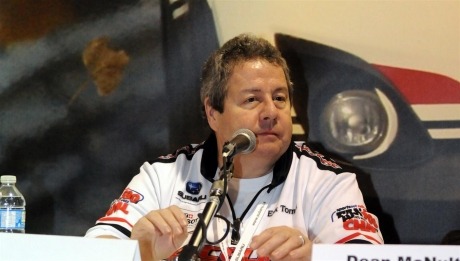 THOROLD, ONT – The Raceline Radio Network is delighted to announce the renewal of their marketing and advertising partnership with Merrittville Speedway, to mark not only the occasion of the Thorold facility’s 66th anniversary season in addition to the 25th Season on air for Canada’s National Radio Motorsport Authority,.

“66 consecutive years of operation just adds to the national importance of Merrittville’s legacy in Canadian motorsport. To exist this many years consecutively is a monumental and historic accomplishment. I’m very proud of my personal and professional history with Merrittville, going back to the days announcing there during the era when my wife Janice’s family co-owned the facility in the 70’s and 80’s, through to our current partnership with Raceline Radio on News Talk 610 CKTB. Don Spiece’s new ownership era will make sure Merrittville’s tradition continues for new generations of race fans. The Raceline Radio Network is honored to be part of the new era. We love to tell the Merrittville story for fans across Niagara and across Canada,” stated Niagara-based Raceline Radio Network anchor Erik Tomas.

“Congratulations to Erik and the Raceline Radio Network as they celebrate 25th Anniversary Season connecting race fans with all the news of our sport,” wished new Merrittville Speedway Owner Don Spiece, “2017 is a milestone year to me with the purchase of the facility. My new relationship with Canada’s motorsport authority will surely help continue to grow the storied history of Merrittville,” Spiece added.

“Followers of sports in Niagara have to be familiar with the name Rex Stimers,” said (Merrttville Speedway Reunion Committee Chairman Rick Kavanagh, “while working as a Sports Broadcaster at CKTB in 1956 he took Murray Stricker up on an offer to take a ride in his 1937 Ford Coupe racer that was on it’s way to back to back championships. Stricker gave Rex a 5 lap ride of his life and while he immediately left the race track … he continued to support the sport on air although from the comfort of the CKTB Studio.”


Some 40 years later … how many remember Raceline’s TV Broadcasts on TSN?
What is now the Bob St. Amand Memorial 100 was broadcast coast to coast with the help of Plazek Auto Recyclers and others – allowing Canadians back then a chance to experience the excitement of dirt track racing.

Raceline Radio is broadcast from the studios of AM 900 CHML Hamilton Ontario, and linked to Sportsnet 590 The FAN Toronto Ontario, is distributed and marketed by Rogers Communications.

Erik Tomas caught the racing bug when his father took him to the races when he was 7 years old and the sport has followed him everywhere since. A fact that has such a familiar ring to it as there are so many stories of second, third and fourth generation family involvement throughout the grandstands and the pit area at the Thorold DIRTcar sanctioned d-shaped oval.

Erik and his wife Janice’s daughter Katelyn up until recently was an integral part of Merrittville Speedway’s Scoring Team – another story of 3 generations of family involvement.

About The Raceline Radio Network: Canada’s first national motorsport radio show has been recognized as Canada’s national radio motorsport authority for the past 25 years. The award-winning program, a presentation of Subaru Canada, covers all forms of auto racing, featuring local, regional, national and international racing series including NASCAR, Formula One and IndyCar, with special emphasis on road rallying and Canadian drivers through timely interviews with the sports’ biggest stars and newsmakers. Raceline Radio is anchored and produced by Canadian broadcast veteran Erik Tomas and is networked across Canada through 16 major market affiliates, and is aired 19 times weekly, year round. The Raceline Radio Network is flag-shipped across Canada from AM 900 CHML Radio Hamilton and Sportsnet 590 The FAN Toronto, and is distributed and marketed by Rogers Communications.

About CKTB: News Talk 610 CKTB Radio, St. Catharines, Ontario Canada broadcasts at 610 AM at 50 thousand watts with a news/talk/sports format. CKTB Studios are located in the former mansion of William Hamilton Merritt, the main promoter of the first Welland Ship Canal. CKTB programming is a misture of locally-produced Canadian and Ameican syndicated programs, owing to it’s position between the cities of Hamilton, Ontario and Buffalo, New York. News Talk 610 CKTB is your trusted station for a daily dose of information and entertainment from around the world and around the corner. Join the Conversation on News Talk 610 CKTB!

Celebrating 15 years of serving the Hamilton, Halton and Niagara Regions, Bobcat of Hamilton is a leading provider of compact equipment for a wide variety of markets – striving to empower customers to do their jobs more efficiently and effectively.
To learn more about more about the Bobcat of Hamilton Advantage click on www.bobcatofhamilton.com. 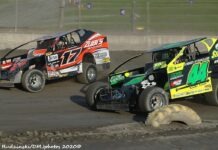