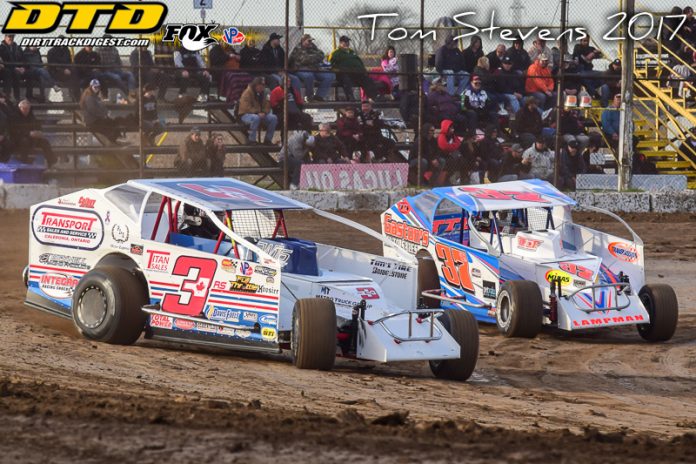 Race Fans and Race Teams however should note that an addition to the 67th Season … the Monday Madness BBQ Sizzler is scheduled for MondayJuly 2nd.

A second Monday Event has also been added for April 23rd with the addition of a Test and Tune Night starting at 5 PM.


“The overnight lows from the last few days and those predicted for the next couple days are keeping the grounds frozen,” said Merrittville Race Director Tom Beales, “we’re expecting the grounds to thaw Saturday as the temperatures begin to rise and that will make both the parking lot and pit areas unusable.”

“It’s unfortunate to have to cancel this Saturday’s event but we really don’t have any other options,” added Merrittville owner Don Spiece, “Ed and Peter Semenuk have put so much effort into making the Sizzler into a special night for race fans and teams alike … we will announce plans for July 2nd as soon as everything comes together … but you can be assured that it will be an event that should be everyone’s racing calendar.”

After Monday April 23rd’s Test and Tune Night … the 2018 Season will begin with Loop Paint presenting the Bobcat of Hamilton Weekly Racing Series Opener for all 6 Divisions on Saturday April 28th.