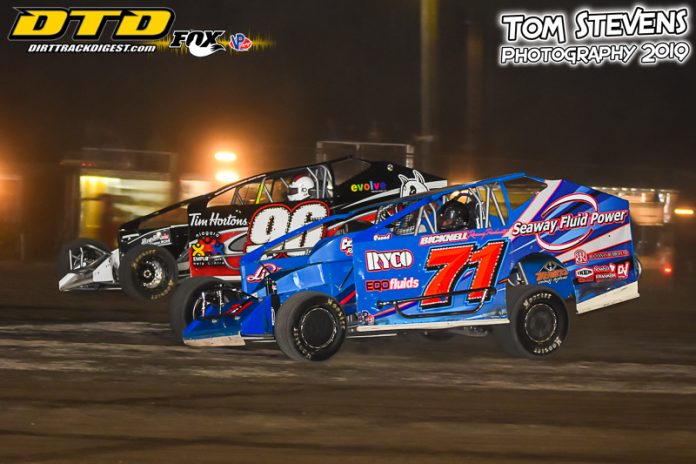 NEWS AND NOTES: 105 cars signed in pitside for the racing action. The speedway would like to welcome the groups associated with the Merrittville Speedway Gives Back Program. Congratulations to all of the winners of the door prizes courtesy of Semenuk’s Esso and their proud partners.

The 2019 season concludes with a two-day doubleheader. Saturday, September 7, Cotton Inc presents the Southern Ontario Sprints, the Sportsman Super DIRTcar Series $1,000 to win, $500 to win Hoosier Stocks, and the Mod Lites will round out the racing card. Pit gates will open at 5 pm with grandstands opening at 5:30 pm and showtime will be at 7 pm sharp.

Sunday, September 8, Tim Hortons presents the $5,000 to win, 100 lap Enduro accelerated by JC Auto plus Monster Trucks, V6 race, Side By Side, Figure 8, Backwards Race, a $1000 to win Demolition Derby and for the third season, a School Bus Race! Pit gates on Sunday will open at 9 am with front gates opening at 12 noon and showtime is at 1pm. 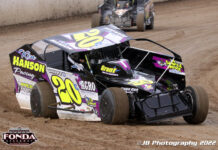 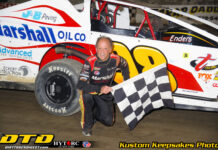 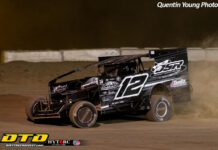