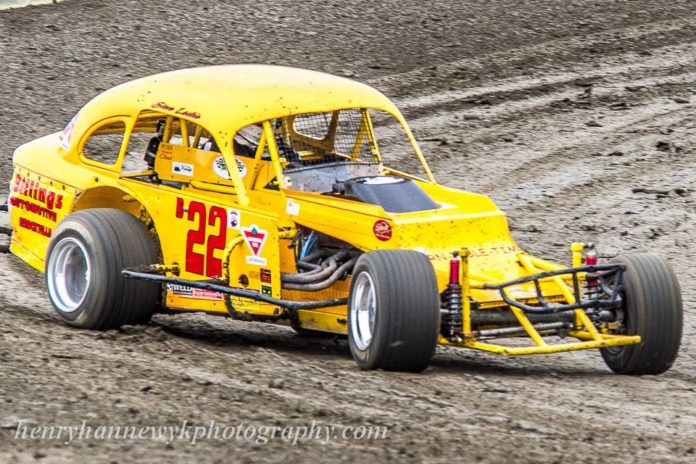 The Eastern Ontario Vintage Stock Car Club returns to the Cornwall Motor Speedway in 2017 with one show marking the beginning of a new tradition and the other seeing the Club champions crowned for this season.

First up is the Spirit of ’76 Vintage Shootout presented by Denzil Billings on a special Monday night show May 22 nd. The feature go will see the winner pocket an extra $100.00 plus the 50’s ,60’s class winner will also receive $100.00, courtesy of Denzil Billings Sr. In addition, both class winners will take home continuance trophies from Denzil’s personal collection. They will be rebranded for the Shootout and the winner’s will have their names inscribed as the inaugural winners in 2017. The 50’s, 60’s trophy is an old Kingston Speedway track title from 1975. The 70’s, 80’s hardware is the original Spirit of ’76 trophy won by Billings who swept events at Kingston, Brockville and Cornwall to win the series.

1976 also saw Denzil Billings Sr. win six features in a row at Cornwall driving for Ron Arbuthnot. Overall in his career Billings won 10 Championships, his first coming at the now defunct South Mountain Speedway in 1968 and also saw him sweep Kingston, Brockville and Cornwall in 1973.

On Sunday August 27 th the Club will wrap up it’s points events and the 2017 EOVSCC Champion’s will be crowned that evening. Defending Champions John Stanley and Tim Hegarty will both see a host of new challenger’s and with only seven points events need to be on their game each and every night.


The 2017 edition of the EOVSCC is brought to you by: King Edward Auto Parts & Billings Automotive