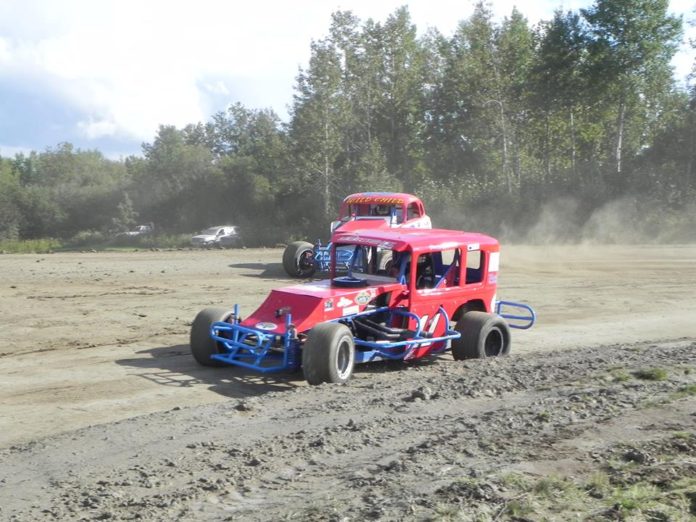 MANIWAKI, QUE – In 2016 it took three attempts to get the Eastern Ontario Vintage Stock Car Club’s first ever appearance at the Maniwaki Speedway in the record books. When the checkered flag finally flew on a September Sunday afternoon, Merrickville, Ontario’s Steve Billings claimed his first win in 2016.

This year, Maniwaki is scheduled for Saturday, September 9 th when the Club will be presented by Lou Tec Express. The modest field that ran in 2016 should be easily improved upon this season with a larger pool of members competing in 2017.

Track promoter Beau Miller continues to make improvements to the facility which is scheduled to be widened sometime in late July. The Speedway has also seen it’s regular divisions slowly but surely improve since it opened late in 2015 on the Kitigan Zibi First Nation reserve.