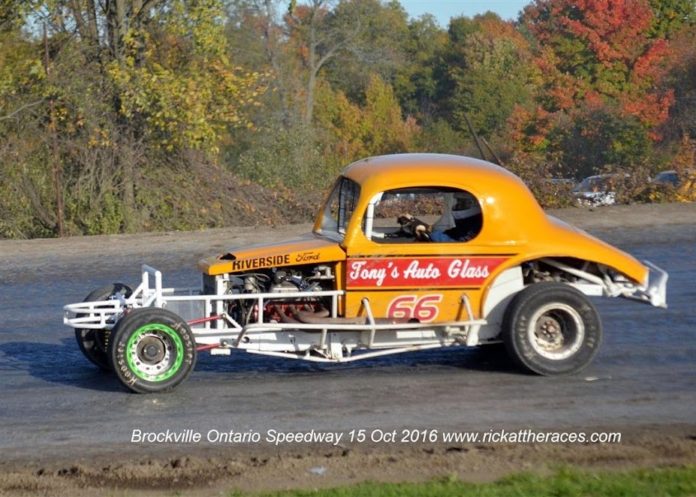 BROCKVILLE, ONT – After a one year hiatus the Eastern Ontario Vintage Stock Car Club is set to return to the Brockville Ontario Speedway this upcoming 2017 season. The event will take place on Saturday, June 3 rd.

With the addition of Brockville, the Club series now has events on both sides of the border along the St. Lawrence Seaway corridor. Point chasers will now see a nice mix of short tracks on the Canadian side and the larger, roomier ones south of the border.

With the real possibility of a large field of race cars a race day decision will be made on dividing the 50’s, 60’s division into a separate feature. Early feedback already has as many as seven or eight machines marking the race on their calendar.


For more information on the EOVSCC please visit our website at http://www.easternontariovintage.com/

The 2017 Edition of the EOVSCC is brought to you by: King Edward Auto Parts and Billings Automotive.