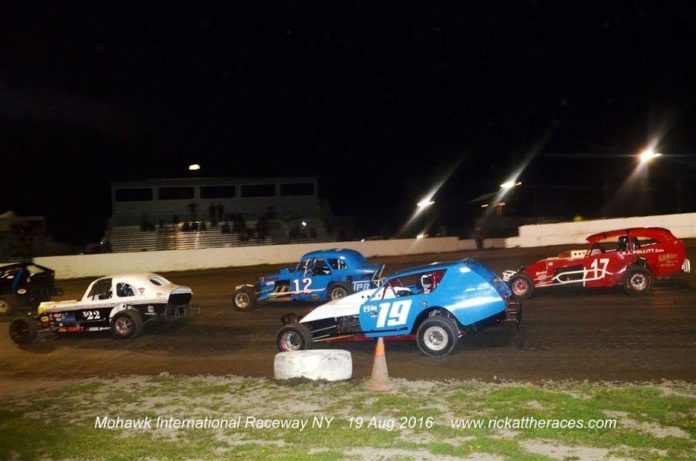 The all new Dirt Modified Nostalgia Tour series kicks off it’s inaugural season with stops across Northern and Central NY this season. The series hopes to offer exciting Vintage Dirt Modified racing with some nice bonuses and contingency awards for those who commit to the four race series.

The Modified class will see a weight break to all cars that comply with the series rules. Any non conforming cars must weight 2,500 lbs and MUST run a Holley 500 CFM carburetor.

The action starts on Saturday, July 8 th at Caprara’s Can Am Speedway in LaFargeville, NY, where competitors from both sides of the border are expected to take part in the series premiere.


The second stop takes place on Saturday, July 29 th at the Airborne Park Speedway in Plattsburgh, NY. The big half mile track has undergone a transformation in the off season with clay being put down over top of the previous asphalt surface. The tour will be part of “Legends night” at the speedway.

The following week, on Saturday, August 5 th the series heads to Geneva, NY where Paradise Speedway will be host to two separate 20 lap features for both classes. The small but smooth one third mile will be a stark contrast from the first two venues.

Champions will be crowned at the Mohawk International Raceway on September 16 th during the Mohawk Nationals where the Super DirtCar series will also be on the card at the smooth and slick Akwasasne speedplant.