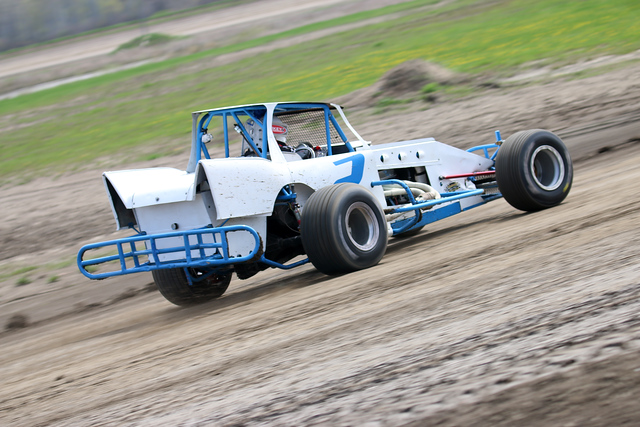 The Eastern Ontario Vintage Stock Car Club returns to familiar turf this Saturday when they roll into Caprara’s Can Am Motorsports Park.

In 2016 the EOVSCC made seven appearance’s at the LaFargeville, NY ½ mile oval. This season only two events were scheduled, the first of which on May 13th was lost to rain.

So far in 2017 it has been the new and returning faces that have made all the noise with Cory Winters of Finch, On looking very impressive at the Cornwall Motor Speedway with his first win on his first ever start in a vintage modified. 2015 EOVSCC Champ Brian Comeau followed up his second place finish at Cornwall with a win last week at the Brockville Speedway. Newcomer Nathan Berry sits second in points and looks to break through on the win column after placing runner up to Comeau last week. Four time Club champ Paul Billings has placed third on the podium twice now and does have a feature win to his credit in 2016 at Can Am.

But in 2016 Kingston, On native and defending EOVSCC champion John Stanley simply dominated at Can Am and with a DNS in Cornwall and a complete no show last week at Brockville the Steamroller will be looking to get back on track this week.

50’s, 60’s defending champ Tim Hegarty will be looking to make up ground on points leader Pete Stapper with a win but Tim Charland & Darrell Wilson will have other plans, both have heat wins on the big track last year.

The green flag drops at 6 pm.

For more information on the EOVSCC please visit our website at www.easternontariovintage.com