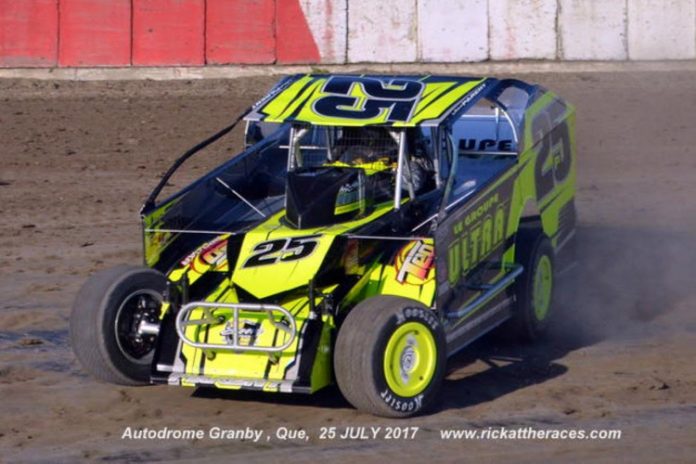 By MARTIN BELANGER
GRANBY, QC – The DIRTcar 358 Modified Series will kickoff a busy three month schedule with the initial round of action at Autodrome Granby on Friday, August 11. Some of the best 358 Modified drivers will be in the hunt to win the coveted championship that includes 11 venues in total.
Autodrome Granby promoter Dominic Lussier is excited to host the Series opener for the first time.
“I am excited to host the first race of the series this season,” said Lussie, who worked closely with the promotional team at Mohawk International Raceway to schedule the race. “This means that we will have many outsiders visiting us. John Lazore and I talked about this event and we made an agreement. Mohawk is having a remake for a 50-lap event on Thursday and then our race on Friday. If a driver is able to win both, he will get an extra $1,000. I think it is a great incentive to have more drivers in the pits for both nights.”
After Granby, the Series will have a busy month of September starting off at Cornwall Motor Speedway on Sunday, September 3 before the Series makes its return to Can-Am Motorsports Park on Saturday, September 9. The following weekend, the drivers will head to Mohawk Speedway on Friday, September 15.  Then, it will be two consecutive nights in Quebec with stops at RPM Speedway on September 22 and the following night at Autodrome Drummond on September 23.
Drivers will then have two weeks to prepare for Super DIRT Week with four races scheduled during the exciting week of racing. Utica-Rome Speedway will kick-off Super Week activities on Tuesday, October 3. The Series then moves to Weedsport on October 4 and Brewerton on Thursday, October 5 and capping off at Oswego Speedway on October 7.  The champion will be crowned the following week at Brockville Ontario Speedway on Saturday, October 14th.
Defending Series champion Chris Raabe will lead a group of drivers that includes Joey Ladouceur, Brian McDonald, Carey Terrance, Jordan McCreadie, Gage Morin and Luke Whitteker to Granby for the opening round. Local runners David Hebert, Steve Bernard, Mario Clair, Steve and Francois Bernier will be waiting for the challenge in the Lussier & Granby Chevrolet 100. A strong result in the opening race will be key for the drivers to build momentum for the opening round. Mohawk high points leader and Super DIRTcar Series Star Tim Fuller is also penciled-in to compete at Granby along with Danny Johnson, adding to a star studded field of cars.
Racing at Granby is scheduled to start at 7:00pm on Friday, August 11. Expect a full pit area as the first round of the DIRTcar Sportsman tour’s Northern Region will also be on hand for a 50-lap event. For more information and ticket purchase, please visit the website at www.autodromegranby.com. 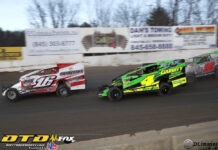