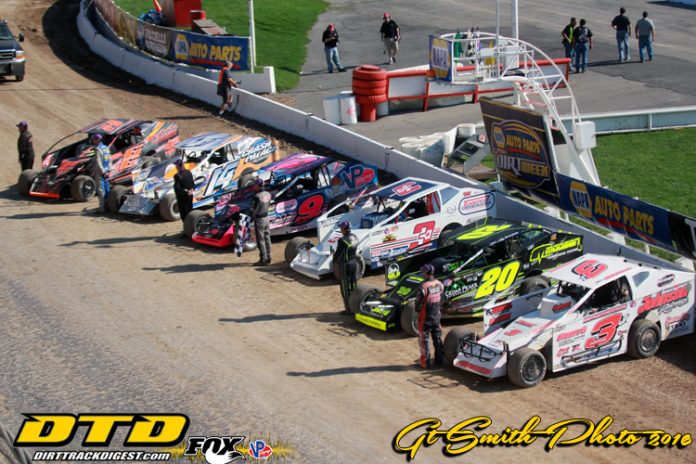 One of the most coveted titles in the 358 Modified ranks is up for grabs at NAPA Auto Parts Super DIRT Week. Here are some of the drivers sure to capture some attention, and possibly the win, during the Great Outdoors RV 150 on Saturday, October 7.

Tim Fuller: Already earmarked as one of the favorites following last year’s 358 Modified victory at Oswego Speedway, Fuller has had a strong season in the small-block division, recently capturing the track title at Mohawk International Speedway. The Edwards, NY resident already has four wins under his belt this season, including a $10,000 check collected at Cornwall in mid-August.

Billy Dunn: Another favorite for the winner’s circle, Dunn has had a solid season at Can-Am Motorsports Park, racking up wins and securing the championship title. He also finished second to Fuller in the point’s chase at Mohawk. Hailing from Watertown, NY, Dunn will be driving the No. 9 machine at Oswego.

Chris Raabe: With nine wins under his belt this season, Raabe is currently enjoying a career year in the 358 ranks. The defending DIRTcar 358 Modified champion was recently crowned champion at Airborne Park and collected every championship possible at Cornwall Motor Speedway on Sunday evenings. Piloting his own No. 01 machine, Raabe is banking on a great run at Oswego for a DIRTcar 358 Modified championship repeat.

Steve Bernier: The St-Hyacinthe, Quebec resident has had another solid season, adding three wins to his record. Bernier scored a win at the DIRTcar 358 Modified event at Autodrome Granby back in August and was in the mix for track champion at both Granby and Airborne. Bernier is making his first run at Oswego and could be one of the contenders in the 150-lap event.


Erick Rudolph: Always a threat everywhere he races, Rudolph will be in the same category coming into NAPA Super DIRT Week. He has four wins combined at Ransomville and Merrittville Speedways this year, and is looking to improve his 17th-place finish at least year’s NAPA Super DIRT Week.

Stewart Friesen: It is hard to bet against Friesen in the Great Outdoors RV 150. The five-time NAPA Super DIRT Week champion had a solid Super DIRT Week in 2016, winning the Bud Light 300 and finishing second to Fuller in the Salute the Troops 100. As always, Friesen is a strong contender for the record books!

Matt Sheppard: Having a tremendous year in the Big-Block ranks, Sheppard spent very little time in a 358-powered car this season, but like many other drivers on this list, the Waterloo, NY resident is always one of the favorites to win as soon as he steps behind the wheel.

Steve Bernard: Securing the track title at Autodrome Drummond and RPM Speedway, Bernard has had a great season as one of the top runners in some big events throughout Quebec and Ontario. The Granby, Quebec resident and former DIRTcar 358 Modified champion could be a serious contender for Saturday’s NAPA Super DIRT Week race if he competes.

Other notables: Carey Terrance should make some noise during the week; Terrance has joined the ranks of the 358 division stars in the past years. Mario Clair is another driver that could aim high during the Saturday event, having collected a few important wins during the season. Jordan McCreadie, the young talent from Watertown, NY, is having a great end-of-season and could bank on recent performances to get a good finishing spot. Chad Brachmann, recently crowned track champion at Merrittville Speedway, will take part in all satellite events during NAPA Super DIRT Week and could be tempted to qualify for the big dance!

These twelve drivers are amongst the best in the division and should be in contention for the coveted Great Outdoors RV 150, but with 150 laps to run, several other drivers will be in the hunt to win this great event!

The 358 Modifieds first take to the 5/8th-mile Oswego Speedway on Wednesday, Oct. 4 at 3 p.m. during opening rounds of practice.

Tickets and camping spots for the 46th annual NAPA Super DIRT Week are available by calling 844-DIRT-TIX or by visiting SuperDIRTWeekOnline.com. Stay tuned to the Super DIRT Week and DIRTcar Racing websites and social media channels for additional information. 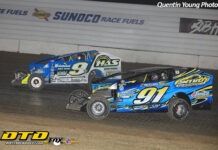