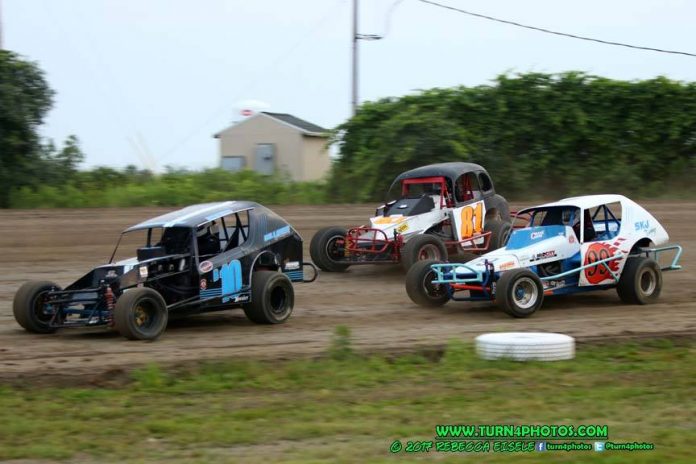 NORTH AUGUSTA, ONT – There are a growing number of racers that are turning to vintage dirt modified racing as an affordable alternative to big budget Sportsman or Modified cars to fulfill their passion for open wheel dirt racing. Did you quit racing or park your race car due to lack of funding? Maybe your family and work commitments restrict your ability to race competitively on a limited budget? Maybe you’re frustrated by the current state of open wheel dirt modified racing but you’re not ready to give it up just yet or you feel like you’re in a rut and simply looking for a change of pace? If you’re not fulfilling your racing passion we invite you to take a serious look at the Dirt Modified Nostalgia Tour vintage racing series.

The DMNT offers safe, affordable competitive racing with the most bang for your buck both in performance and fun factor. Although it’s not an easy task to cram 50 years of racing history and technology into two divisions, the Nostalgia class and Modified division effectively separates the “true” vintage machines from more modern and competitive cars providing each with an opportunity to win races and a series title.

The cornerstone of the series is the common sense engine rules which are based on the stock GM 602 crate engine and an open “spec” engine similar to a street stock engine that commonly run at most tracks. All engines with the exception of the authentic Nostalgia class must run a stock Holley 4412 two barrel carb keeping the competition tight with horsepower ratings well under 400 HP.

Chassis for the Modified division must be 3 years or older. Teo’s, Bicknell’s and Troyers supply the base of the car to ensure driver safety. All Modified cars must run on coil springs to keep costs down. OEM steel bodies such as early Coaches, Coupes, Pintos, Mustangs, Corvairs, Challengers, Vegas and Chevettes are common among the field of cars. Of course the Gremlin body style remains quite popular. All cars have all inner tin, front and rear spoilers removed and are separated by weight based upon compliance with the rules for each class. The result is highly entertaining, competitive side by side racing with the emphasis on set up, track conditions and driver skill.

The recent rules amalgamation between the DMNT and the Mohawk Valley Vintage Dirt Modified Series ensures growth, stability and flexibility with tracks throughout New York State and into Eastern Canada essentially using the same rules package.


So whether you’re looking for a lighter schedule, a change of scenery or you’re just tired of cookie cutter Modifieds, we invite you to take a look at the Dirt Modified Nostalgia brand of vintage racing for 2018. You won’t be disappointed. 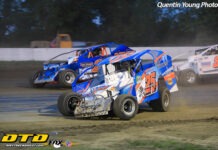