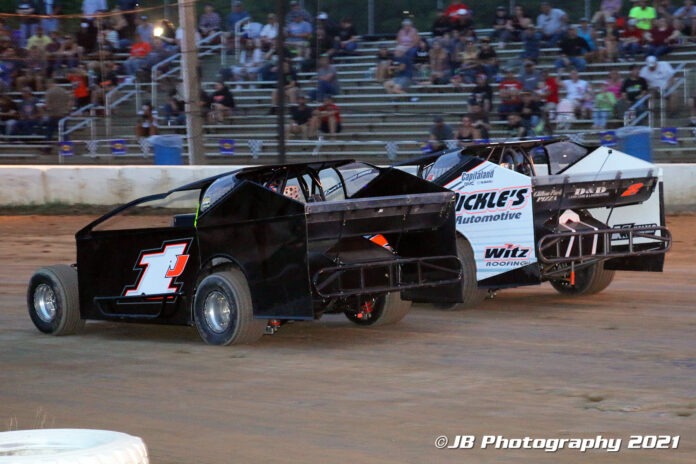 The American Racer Cup standings began on April 16 and runs through the first weekend of September totaling 21 weeks in all.

This past weekend marked 10 weeks of competition in the books with another 11 weeks of racing to crown the 2021 American Racer Cup champions.

Fonda and Grandview Speedway regulars fill the Modified top-10 standings as Mother Nature has hindered several of the other American Racer Cup tracks throughout the first half of the season.

The registered Modified drivers are competing for a $10,000-plus top prize at the end of the American Racer Cup season with a cash point fund totaling $36,000 in addition to the certificate giveaways throughout the season.

An additional $5,700 in regional cash is also distributed to racers courtesy of Insinger Performance.

Each driver’s 10 best finishes at their American Racer Cup home track from Friday, April 16 to Monday, Sept. 6 will be tallied. Bonus points are awarded based upon the average number of cars starting feature events at their participating speedway.

The points accumulated by finishes and car count bonuses will be added together to determine a champion at season’s end.