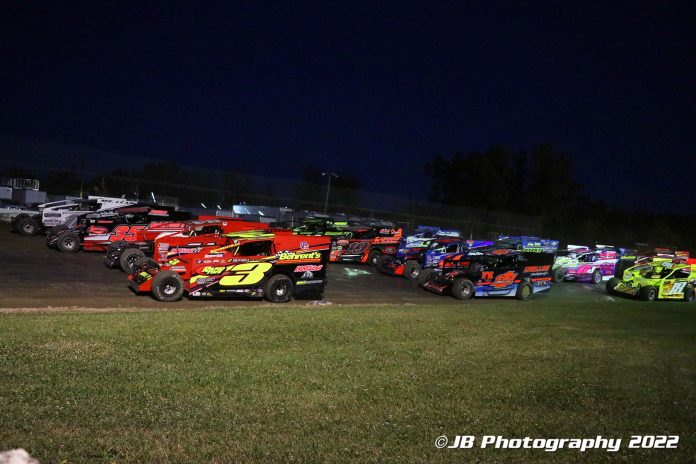 The stars of the STSS invade the ‘Home of Heroes’ for the first of two visits to the Route 5 oval in 2022. The next event serves as Round No. 3 of the Halmar International ‘Elite’ Series paying $25,000-to-win on September 4.

Tonight’s event pays homage to NASCAR Hall-of-Famer Richie Evans, who sported the No. 61 on the side of his prestigious orange asphalt Modifieds. Evans, a 33-time winner at Utica-Rome Speedway, is known as one of the greatest pavement Modified drivers of all-time and cut his teeth at Utica-Rome Speedway back in its asphalt days.

The event serves as Round No. 7 of the River Valley Builders North Region. Following tonight’s race, only three races will remain in the $15,000 championship chase for the North Region stars.

Sheppard – the defending champion at Utica-Rome Speedway – has continued his reign into the 2022 campaign, claiming six wins thus far this season at Utica-Rome and leads the Modified standings at the speedway. Sheppard also leads all STSS competitors with five wins on the tour thus far in 2022.

Sprakers, N.Y.’s Stewart Friesen has been on a recent hot streak, having won in each of his last two attempts at Utica-Rome Speedway, including this past Friday night. The defending ‘Richie Evans Remembered 61’ winner is coincidentally fresh off his 61st career Utica-Rome Speedway win, the most in speedway history.

Middletown, N.Y.’s Anthony Perrego has been on a hot streak at his home track Orange County Fair Speedway. Perrego also claimed the annual ‘combination event’ topping the North and South Region stars in the ‘Battle at Bloomsburg’ at Bloomsburg (Pa.) Fair Raceway.

Covington Township, Pa.’s Alex Yankowski has made Utica-Rome Speedway his Friday night home in 2022. ‘Kid Rocket’ has already claimed a win at the speedway, one that made him the youngest Modified winner in the history of Utica-Rome Speedway.

Edwards, N.Y.’s Tim Fuller claimed his second win of his Utica-Rome Speedway career less than one month ago despite not being a Friday night regular. Fuller will join the stars of the STSS looking to get back in Victory Lane as first time STSS winner.

The STSS Crate 602 Sportsman join the program, running in Round No. 5 of the Precision Hydraulic & Oil North Region. 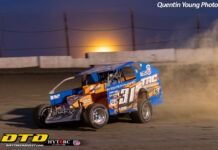