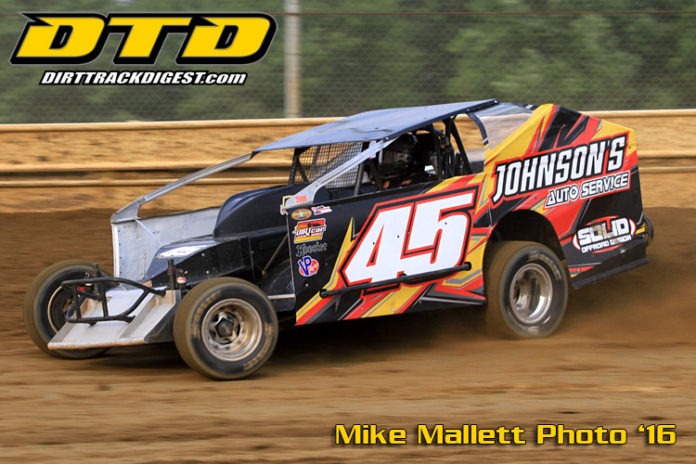 GUY MILLS, PA – Tri-City Raceway Park’s 2017 schedule has been revised.  Speedway promoters Sam Tatalovic and Chad Wagner have added the Big Block Modifieds to the May 14th event.  The 410 Sprints will headline the August 20th event and Late Models will be in action for the Applefest on September 10th.

“We received feedback from the racing fans in the area and they made it clear that they wanted to see the Modifieds, 410 Sprints and Late Models in action; so we decided to revise the 2017 schedule based on this information,” stated Wagner.  “We wanted to correct what the fans perceived to be deficiencies in the 2017 schedule and also give the competitors in the area’s top divisions the opportunity to compete at our facility.  We look forward to their support this season”
Precise Racing Products will have a small amount of fuel available for each of the raceway’s events but teams are strongly encouraged to bring their own fuel for all events they will be competing in.  Those teams who would like to purchase fuel at Tri-City Raceway Park are strongly encouraged to contact Precise Racing Products prior to each event to ensure that an adequate amount of fuel is available on race day.
The Allegheny Sprint Tour 305 Sprints will compete with the 410 Sprints on August 20th however no Series’ points will be awarded to the 305 competitors that night.  In addition, speedway personnel have moved the Demo Derby to Saturday, September 30th and are working with a sanctioning body to finalize the rules for this event.
Tri-City Raceway Park personnel have been busy acquiring additional sponsors and marketing partners for the upcoming racing season; the updated list of marketing partners will be released in the near future.
Drivers will be required to pay a $25.00 one-time registration fee when competing at the raceway in 2017.  Please note that this fee will not apply for the Sprint car competitors competing in the July All-Star Circuit of Champions event or RUSH Late Model competitors competing in RUSH Touring Series events.
To keep up to date all of the latest news from the raceway be sure to visit our website atwww.tricityracewaypark.com.  You can also follow us on Facebook athttps://www.facebook.com/Tri-City-Raceway-Park-1516005091950975/?fref=ts&ref=br_tf  and follow us on Twitter at  https://twitter.com/TriCityRaceway.
2017 Tri-City Raceway Park Schedule